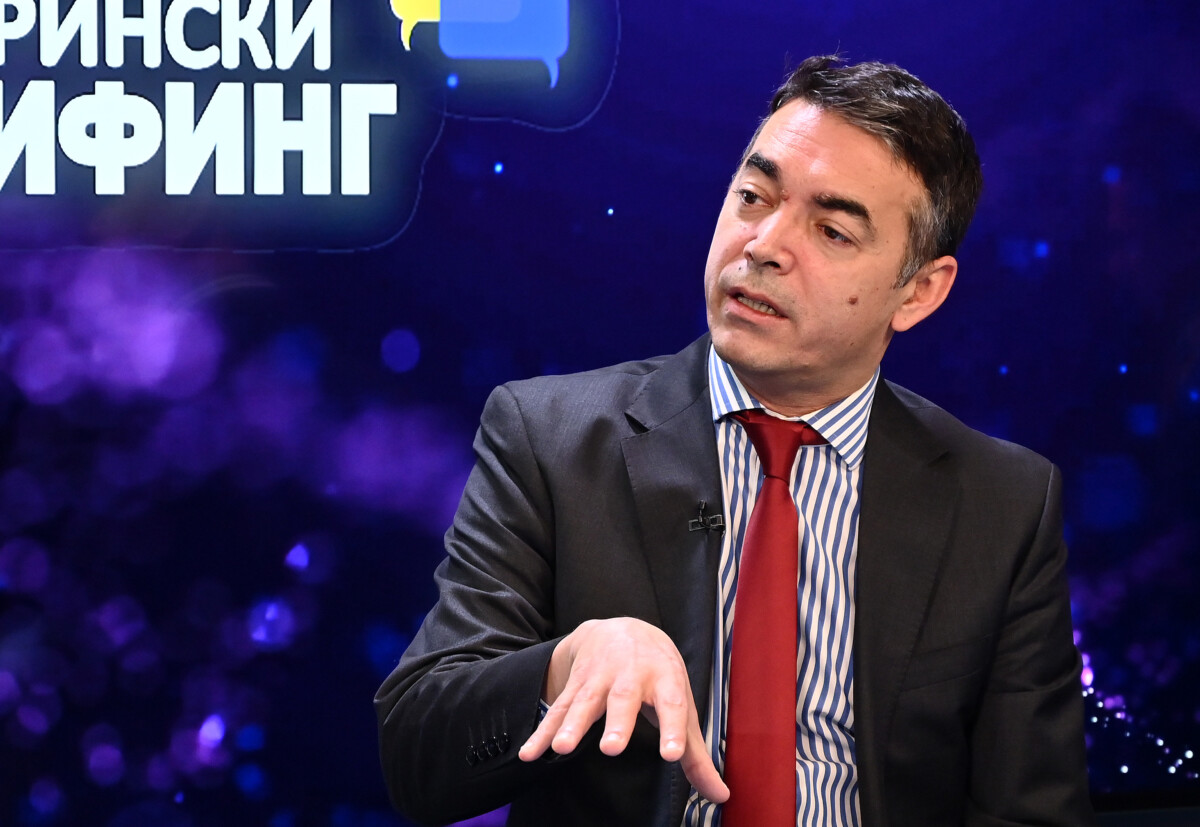 Former Macedonian Foreign Minister Nikola Dimitrov in an interview with TV H1 from Belgrade said that the French proposal for resolving the dispute between Northern Macedonia and Bulgaria is dangerous precedent and opens opportunity for Sofia to block and blackmail Skopje during the entire negotiation process, MIA correspondent from Belgrade reports.

According to Dimitrov, Paris has allowed bilateral issues with Bulgaria to enter into a negotiating framework, and the dispute with Sofia concerns the Macedonian language, identity and history.

- I think it only takes us away from what the process should be - democratic and economic reforms, Copenhagen criteria. "What we have is a dead end," Dimitrov told H1.

According to him, The European Union needs to be persuaded to change the process that is not working, because such an enlargement process does not bring results, ie it does not reward the countries that go forward, does not punish the countries that go backwards and allows one EU member to "live" above a candidate country.

As Dimitrov said, Bulgaria's conduct is contrary to essential European principles, which include respect for the linguistic and cultural diversity of the continent.

Asked how he sees the fall of the Bulgarian government, he said the whole issue of Northern Macedonia in Bulgaria serves to divert attention from major issues in Bulgarian society, such as corruption and other systemic problems.

- This issue, because it is emotional, is used as a deterrent and I think that in some way it harms them, said Dimitrov.

According to him, it is necessary to "reset" the policy towards Sofia, and the EU should punish it instead of rewarding Bulgaria for the veto.

He described the process of joining the countries of the region, saying that everyone in the Balkans is sitting in one bus, and everyone is trying to sit as close as possible to the driver.

"But the problem is that the bus is not moving," Dimitrov said.