Dimitrov: Bulgarian issues will become European with our consent 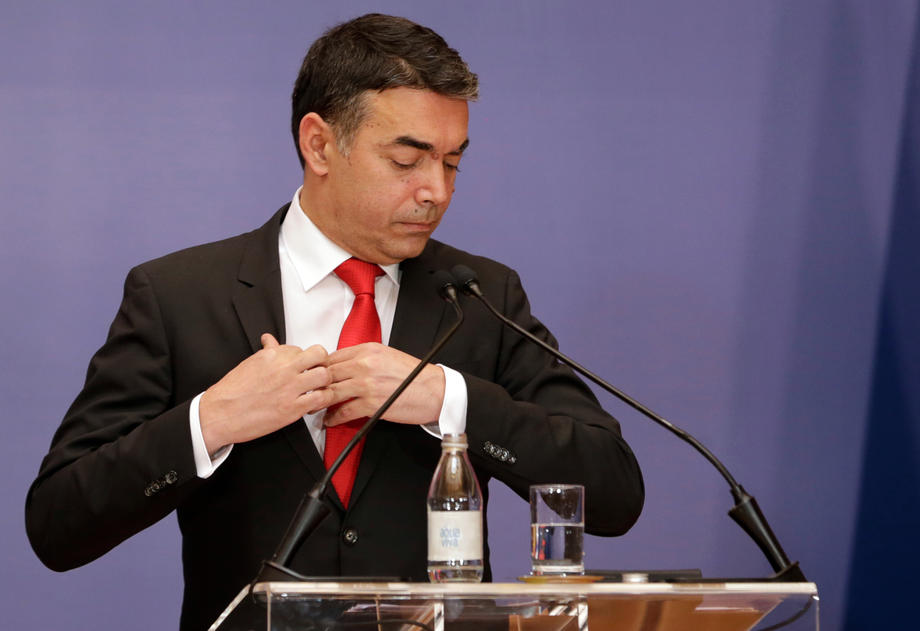 The claim that the bilateral protocol (historical and other issues) is not related to the framework (accession process) and that these are two separate processes and that the implementation of the protocols will not affect the dynamics of the access process is simply not true! Or even more directly – it's a big lie! Bilateral issues would now become legitimate from the Bulgarian-European side, and with our consent. And from that, there will be no escape, not even a fix, writes the former head of Macedonian diplomacy Nikola Dimitrov on his Facebook page.

"In the published documents (I am using the Macedonian translation of the government) exactly the opposite is written in black and white.

The Council welcomes the signing of the second protocol, which is an essential element of the accession process (how can what is an essential part be read as not a part is a question perhaps for another science).

The European Commission will monitor the progress in reforms in all areas, and will pay special attention to the documents from Article 12 (the protocols according to the old or the annual reports and measures according to the new). The Council will take into account the committee's assessments of reform progress and progress on bilateral points under Article 12 when deciding on any further steps for chapters or clusters. Bulgaria will ensure that history is as important as the rule of law if we are to move forward.

Here are those parts of the documents, both in text and with pictures:

47. To this end, the Commission will closely monitor North Macedonia's progress in all areas, using all available instruments, including expert on-site visits by the Commission and member states, dialogue under the Stabilization and Association Agreement and indicators from third parties where relevant in accordance with the improved methodology. The Commission will regularly inform the Council about the progress of North Macedonia in any area during the negotiations, and especially when it will present the draft common positions of the EU. The Commission will pay special attention to North Macedonia's commitment to good neighborly relations and regional cooperation, as stated in paragraph 5 (the Prespa Agreement with Greece and the Agreement on Good Neighborly Relations with Bulgaria from 2017, as well as the annual reviews and measures for its effective implementation according to Article 12) and will inform the Intergovernmental Conference about their implementation.

48. The Council will take this assessment into account when deciding on further steps regarding the negotiations for the respective chapter or cluster.”

The conclusions of the Council:

"In that direction, the Council welcomes the agreement on the protocol of the second meeting of the Joint Intergovernmental Commission established according to Article 12 of this agreement."

This important step will contribute to good neighborly relations and regional cooperation, which remain subtle elements of the enlargement process, as well as the stabilization and association process."

At the same time, during the approval of the French proposal in the Parliament, Bulgaria clearly and loudly emphasizes that it insists:

- "to guarantee that good neighborly relations remain a horizontal criterion throughout the entire accession process of North Macedonia and that the European Commission will inform the Council about their implementation before every intergovernmental conference." (read, if Sofia is not satisfied, there will be no movement; we will insist on control over the commission's notification)

– "to include a reference to the Treaty of Friendship and Article 12 protocols in the negotiating framework regarding the approval of general positions by the Council of the EU for intergovernmental conferences".

In historical moments, we do not have the luxury to be naive, nor to pretend to be offended, nor to believe in the goodwill of Bulgarian politics towards us because it is not there. Radev's statement, otherwise hate speech, when he said that Bulgaria will not allow the legitimization of Macedonianism in the EU, is actually a brief definition of the neighbor's goal. That goal is not achievable, but it will also make our EU membership unachievable.

Let's not be mistaken, under these conditions and with the tools it has in this negotiating framework, Sofia will make the work of historians as important as the fight against corruption. And therefore the process, if the proposal is accepted, will be an agonizing agony without end. it says in Nikola Dimitrov's post.