Dimitrov: Bulgaria should not interfere in the internal Macedonian affairs 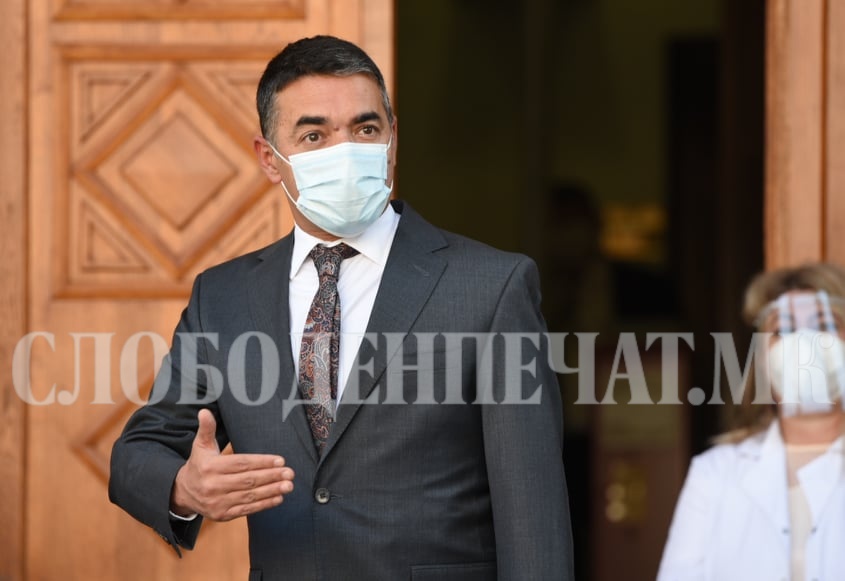 In the Agreement, the provision for non-interference in internal affairs is reciprocal. In that sense, our obligation not to interfere in the Bulgarian internal affairs exists, but there is also an obligation for Bulgaria not to interfere in the internal Macedonian issues. But perhaps the first issue is the right to self-determination and self-expression and here is the conflict of positions with the agreement and the legal framework in some way that makes the agreement, said in an interview with RFE, Deputy Prime Minister for European Integration Nikola Dimitrov.

Regarding the work of the Commission for Historical and Educational Issues, Dimitrov says that what governments can do is to create a positive climate for the smooth work of historians, but politicians can not tell historians what to do and what not to do. they do not.

"So our task is a positive environment." The problem in the work of this Commission is above all the idea that their work should be a condition for our progress towards the European Union. When that pressure and blackmail is put, not only is not a positive environment created, but a negative environment is created and that is why I think that regardless of the wishes, the big problem in the current constellation of relations, positions and politics on this issue is in that. "We want results from that Commission for historical and educational issues, but an atmosphere of blackmail has been created," Dimitrov stressed.

Asked about the 5 + 1 plan discussed at the Brdo Summit near Kranj, Slovenia, Dimitrov said it was crucial whether the technical government in Bulgaria could deliver if a solution was found.

"It is very important to know, if we find understanding, given the date of the elections, both presidential and parliamentary in Bulgaria, whether the technical government can give the green light, adopt the negotiating framework and hold the first intergovernmental conference, that is crucial. Secondly, for us, the Macedonian language in the negotiation framework is extremely important, the formulation for the Macedonian language in terms of the fact that the country should translate all, the whole corpus of European legislation into Macedonian and have a sufficient number of translators before becoming a member, to be "It is written as for all other European languages," Dimitrov said.

Those points, Dimitrov said, are the context of the implementation of the Friendship Agreement with Bulgaria, but the overall package must include the start of negotiations, meaning the adoption of the negotiating framework, the holding of the first intergovernmental conference.

Extremely important, Dimtrov emphasizes, is a provision of the Treaty of Friendship, Article 14, which states that the Treaty may not affect the rights and obligations that the states, contracting parties, both have assumed under other international conventions, agreements, etc.

"Article 14 is in some way related or is the other side of the commitment not to interfere in internal affairs, because both we and Bulgaria have certain rights and obligations that we have undertaken under other international conventions and that does not mean interference in internal affairs. "For example, the European Convention on Human Rights and our role as a member state of the Council of Europe," Dimitrov said.

Mickoski to Sofia: VMRO-DPMNE will not respect a unilateral agreement signed with Zaev