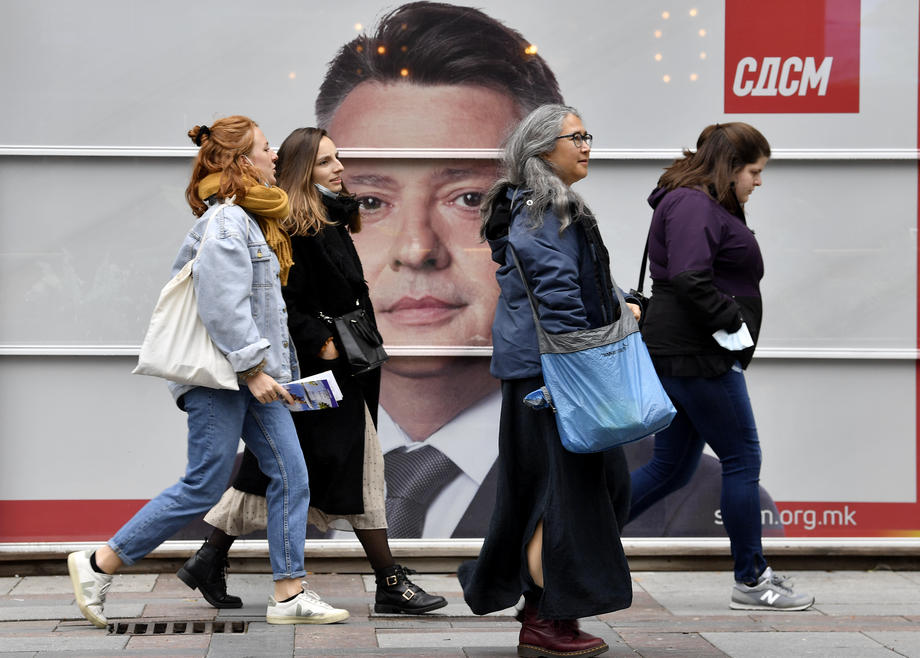 Citizens next to the election poster of Petre Shilegov / Photo: EPA-EFE / GEORGI LICOVSKI

The State Election Commission (SEC) today at a public session will announce the final results of the first round of elections for mayors and councilors in 80 municipalities and the City of Skopje.

It is expected that the President of the SEC Aleksandar Dashtevski at the session to officially announce in which municipalities will vote for mayors in the second round of elections and where the voting from the first round of elections will be repeated, as well as to announce the number of councilors that parties and independents lists won the election.

The deadline for applying to vote in the second round of elections for persons with covid-19 and in isolation expires on October 25.

The sick and infirm, persons with covid-19 and in isolation, as well as prisoners, persons in detention and nursing homes vote one day before the elections, ie on October 30.