The SEC confirmed the candidacies for the City of Skopje: Two women and 10 men, who are the 12 candidates for mayor 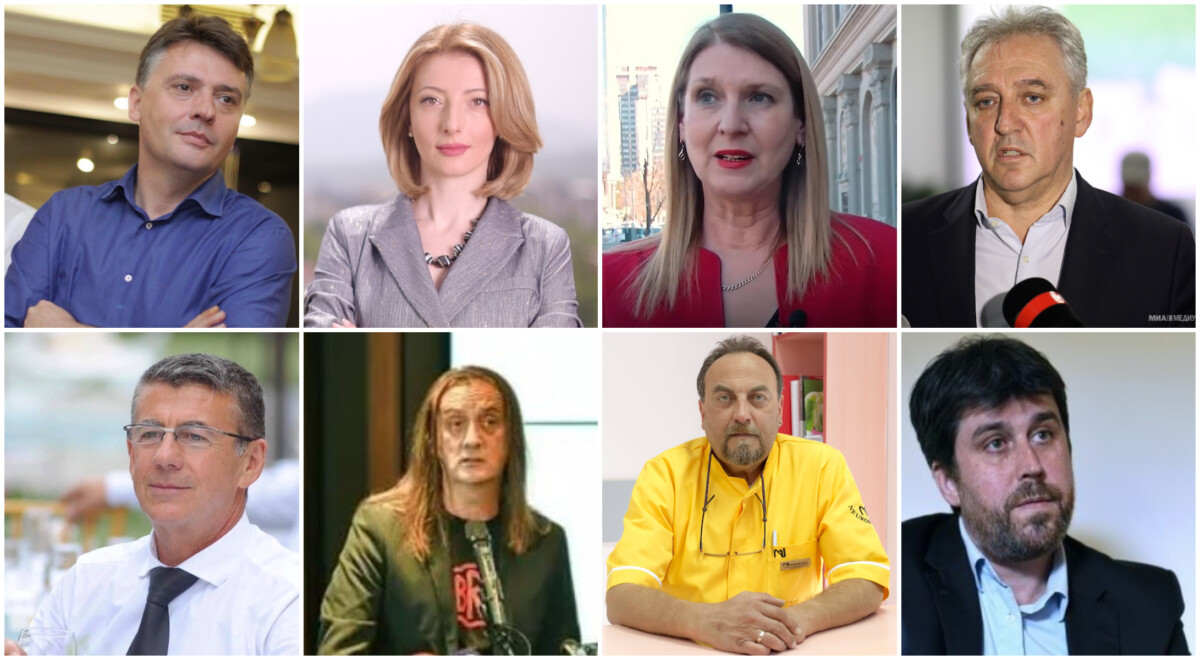 Some of the candidates for mayor of Skopje / Photo: Facebook

Opponents of the current mayor of Skopje Petre Shilegov who will fight for re-election, as a candidate of the coalition "The best for my municipality" led by SDSM, and supported by DUI, are the musician Pero Georgievski - Kamikaze, supported by the Left, Munir Kolasinac, President of the Bosniak Democratic Union, candidate of this party, Slave Nestorovski, nominated by TMRO, ex-MP Ljubomir Josifovski supported by the Democrats, Goran Arsovski from the Communist Party of Macedonia, Vladimir Trajkovski from the Rodina party, the surgeon Dr. Todor Noshpal supported by Integra, the lawyer Aleksandar Tortevski from Your party and the musician Beni Shaqiri, nominated by the Movement for Determination for Change coalition.

Two women will also fight for the mayoral seat in the City of Skopje: the president of the Association of Chambers of Commerce Danela Arsovska, law graduate with a master's degree in economics, supported by a group of citizens and the largest opposition party VMRO-DPMNE as well as the Alliance of Albanians and Alternative and Ana Petrovska, former director of the State Inspectorate for Environment, candidate of the civil initiative "Green Humane City", otherwise an architect by profession and a prominent environmentalist.

EXCLUSIVE Brima survey: Who has the best chance in the local elections

The other holders of the councilor lists are: Redzep Ismail on the Left, Bedro Hot from the Bosniak Democratic Union, Sofija Pejkova from the SDSM-led coalition "The Best for My Municipality", Aleksandar Shehtanski from the TMRO party, Ljubomir Krstevski on the party, Nikola Panovski, holder of the list of the coalition "Movement determined for change", Dragana Velkovska from the civil movement "Green Humane City", Agim Jonuz, holder of the list of Your Party, Tomce Shirkov from the party Rodina and Stojan Blazevski from Integravna - Makedonska party.

According to the schedule for the local elections 2021, the SEC is obliged to publish the determined single lists of candidates on its website no later than September 23, after which a draw will be organized to determine a single list of candidates.

DUI mobilizes the Albanian diaspora: Voters with 40 planes and 100 buses will arrive in Kicevo?