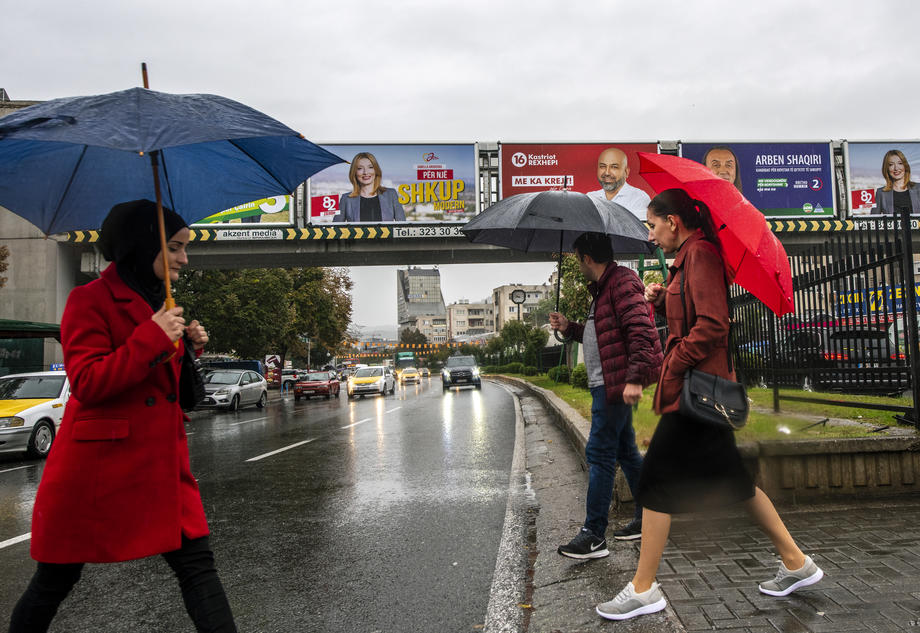 Citizens next to election billboards for the Local Elections 2021 / Photo: EPA-EFE / GEORGI LICOVSKI

In the second round of the Local Elections, which will be held on October 31, 2021, voting will take place in a total of 44 municipalities. In Mavrovo-Rostuse and Centar Zupa, the voting will be repeated, because the legal threshold for voting at least one third of the registered voters in the Voters' List has not been met.

The State Election Commission will inform the Government within 15 days, and then it will inform the Assembly, which should call new elections for these two municipalities.

After the voting held on October 17, 2021, in the second round, which will be held on October 31, 2021, the following candidates will be voted for mayors in the municipalities:

The final results for the councils in the Municipalities and the City of Skopje were announced by the SEC that they will announce during the day.

"Eighth passenger" Shadi Saleh called: I have nothing to do with the accident, I was mistakenly put on the list

Joveski: It could not be a terrorist act, there would be traces of the explosion

No Besa Trans bus was registered because the system was slow, says the director of Customs

The government did not adopt the new anti-epidemic measures, requested additional analyzes

Even with the new proposed measures, there is no announcement for limiting the price of PCR tests

Former Interior Minister Gjurcevski: There is still no responsibility for "Laskarci", the judiciary is extremely inefficient