Digital education: High school students in boarding schools get internet on a spoon 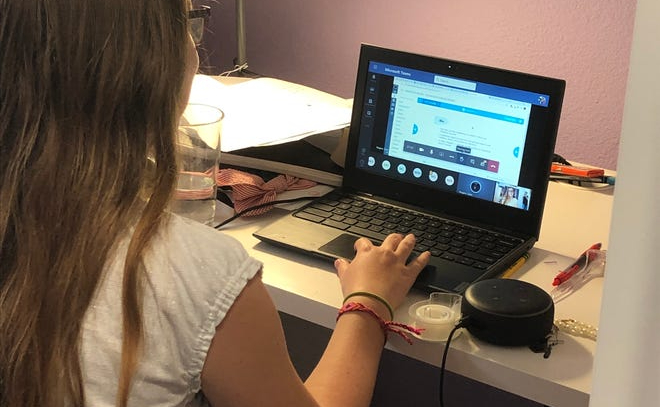 The high school students in the boarding school "Zdravko Cvetkovski" were left without internet, revealing another absurd weakness of the educational reforms. Despite the great promises of the Minister of Education and Science Mila Carovska, the digitalization of textbooks in reality is a fiasco, parents react in the Facebook group "Textbooks and teaching must be there".

- In the high school boarding school "Zdravko Cvetkovski" in Skopje, they turned off the internet and told them to find their own children for the internet. Is this a parody of Carovska's digitalization? You have the materials online, but manage the internet on your own. The richer children can also play hotspots for the poorer ones, at least to know who are who, and not all are equal, comments a parent on social networks.

The management of the boarding school for "Free Press" says that this is a common technical problem. Namely, after the internet became significantly slower, they called the provider, a team came and solved the problem.

The parents that "Free Press" talks to say that it is not only this boarding school with such a problem. All boarding schools have internet, but it is usually weak and children can not open anything, so they connect to the internet from their smartphones, and the bills are paid by the parents.

Declared crisis in the heat supply

New regime for entry into Bulgaria of the citizens of Macedonia, Israel, Turkey and Serbia

Petkov: It is important for the Bulgarians in S Macedonia to be equal with other nations

VIDEO | Mickoski: I expect Maricic to advise Petkov not to interfere in the rights of minorities in Macedonia

Panovski: I might join the Commission, but only if the certificates are revoked