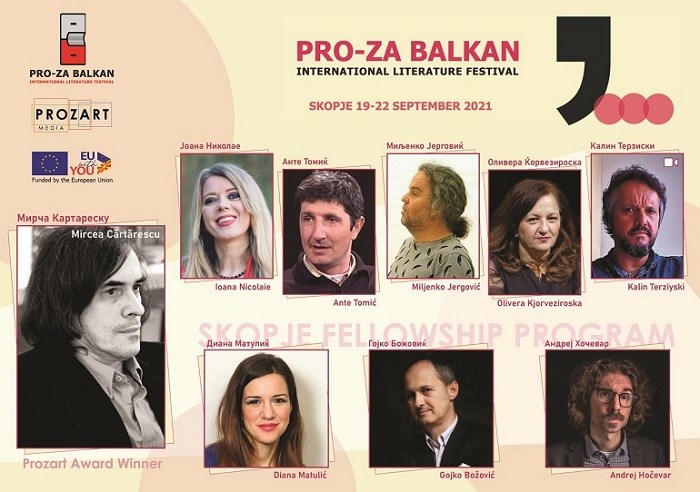 Nine writers, publishers, editors from the region and beyond will be guests at the 9th edition of the International Literary Festival "Pro-For the Balkans", which will be held from 19 to 22 September in Skopje. This year's laureate Mircea Cartarescu will be joined by writers Joana Nicolae, Ante Tomic, Miljenko Jergovic, Olivera Kjorveziroska, Gojko Bozovic and Kalin Terziski. Their entire work will be presented at the opening of the festival, on September 19, in the Daut Pasha bath.

The award-winning poet, essayist, literary critic, editor and publisher from Belgrade, Gojko Bozovic, along with Croatian publishing and literary agent Diana Matulic and Slovenian writer and editor Andrej Hochevar, will be part of the Skopje Fellowship program. On the second day of the festival, on September 20, they will participate in a round table on "Literature in the post-truth time" at the "Europe House" in Skopje.

On the third night, the "Prozart" award will be presented to the laureate Cartarescu, and each author will read excerpts from his works. An additional program will be held on September 22 - "Aleksandar Prokopiev for Gojko Bozovic & Bozovic and Prokopiev for Danilo Kish" in the cafe-bookstore "Bukva". The organizer of the festival is the publishing house "Prozart Media".