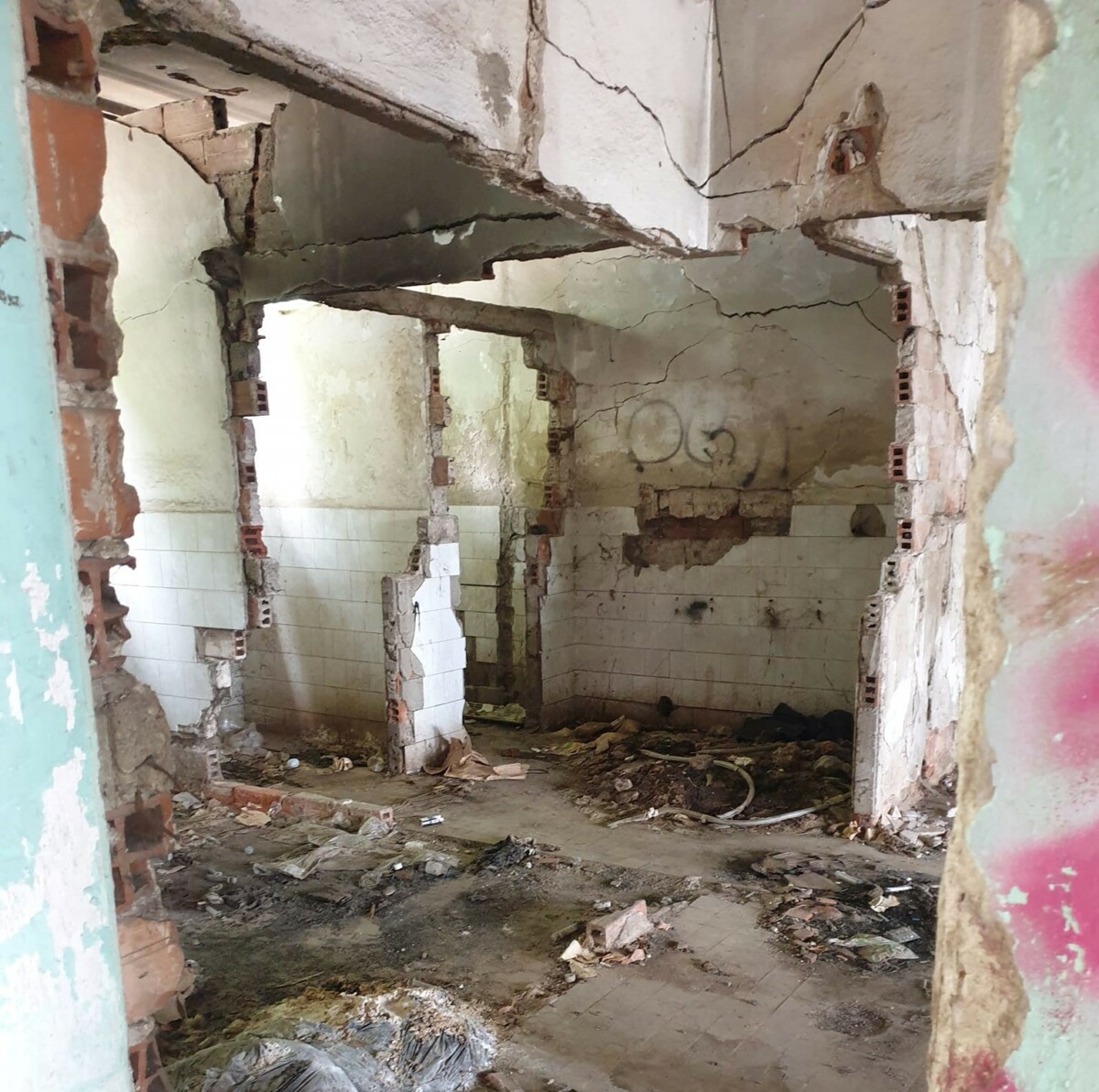 A seven-year-old child was injured while playing with his peer near the ruined building of the former House of culture in Cento, fell and impaled himself on a used syringe needle from a drug addict. Citizens reacted to the unfortunate event in facebook group "Gazi Baba Municipality Wall" asking the mayor to find a solution to the long-standing problem. They, documenting the situation with photographs, recall the numerous promises made over the years for the so-called "home", a building located in the park in the neighborhood, which is completely abandoned, turned into a gathering place for addicts, full of garbage and used syringes and represents a huge threat to the local population, but also for the environment.

The case was also announced the mayor of Gazi Baba Municipality, Boban Stefkovski who expressed his regret for the unfortunate event with a promise that he will make an effort to prevent such a thing from happening again.

Although the problem is long-standing, I regret to note that there is no completed project in the municipality. At the beginning of the year, I issued an order for the development of a project for the reconstruction of the Cultural House in Cento, which was submitted to the municipality in the preliminary project phase and then returned with comments for correction and refinement. As soon as the development of the basic project is completed, we will begin to find ways of financing for its realization - says Stefkovski.

Today, he ordered the public utility company to enter the building and completely clean the space in and around the home.

At the same time, I want to publicly call on the Ministry of Internal Affairs to be more prompt and act, for which an official written request will be submitted today by the municipality of Gazi Baba - wrote Stefkovski on Facebook.

The former mayor of Gazi Baba, Boris Georgievski, on the other hand, in his pre-election program at the last local elections, he claimed that he was prepared for the House basic project which foresees the reactivation of the hall and the return of the library to the building, and that rooms for young people are also planned.

The goal was to preserve the existing architecture and restore the existing building, which evokes memories of generations of citizens from Gazi Baba and the city of Skopje. With the preparation of the project, the municipality can apply for funds to the Government, as well as the EU funds, through which this project would be implemented - Georgievski said then.

Unfortunately, apart from promises, so far nothing concrete has been done about the abandoned building.

For the reconstruction and revitalization of the House of Culture in Cento, they were also engaged from time to time civil associations, who, with various manifestations, tried to draw the attention of the authorities to the terrible state in which this facility is located.

The Association "Cultural Echo" three years ago, he organized a one-day cultural-educational event in the park in the neighborhood in order to launch an initiative for the reconstruction of the abandoned House of Culture, through the involvement of the local government, civil society organizations, artists and local residents. A year later the young man artist Vladimir Milić made mural on the facade of the home. The idea for the mural in Cento was to activate this local community in the production of cultural events for the community, but also in the direction of preserving and putting into operation the House of Culture.

The civic association "Homeless animals without borders" to AHV: Who is comfortable with dogs on the street?

The young people will "green" the municipalities with their proposals

Veterinarians should not treat dogs without proof of their origin, claims the AHV