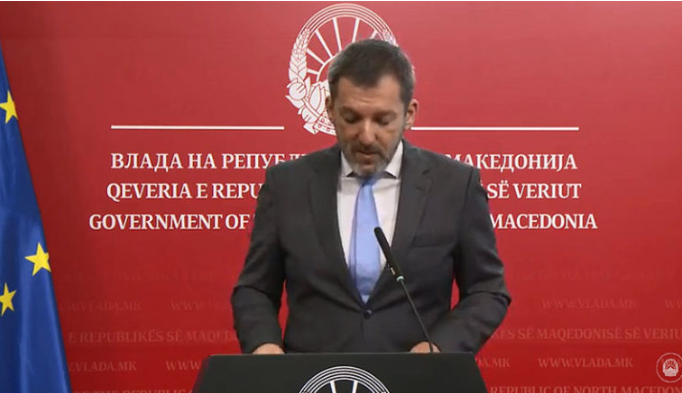 In the past 10 years, the companies located in TIDZ and the state have had a good time. The companies grow by 16 percent annually in terms of revenues, the state generates funds in the Budget, and the salaries of workers are continuously growing, said the director of the Directorate of TIDZ Jovan Despotovski at the presentation of the initial findings of the Comprehensive Analysis of Foreign Investments in Technology Industrial development zones in the past 10 years prepared by the Directorate.

-Labor productivity has been growing continuously in the past 10 years with a significant rate of 55 percent, and it is indicative that in the period 2010 - 2016 labor productivity is growing significantly faster than wages. This trend has changed and in the period 2017-2020 wages are growing significantly faster than labor productivity. Neither is the basis for the sustainability of economic flows. Therefore, our priority in the next period will be to continue to stimulate productivity growth, but also to see accelerated wage growth, said Despotovski and added that the two trends in a certain period of time should be equalized.

He announced that the initial figures will be followed by consultations and presentations with the academic and business community, not only with foreign investors, but also with domestic companies in order to encourage discussion and based on the numbers in the analysis to develop a completely new methodology of encouragement. of investments within the existing legislation.

- We are already piloting part of it with new investors, but I think we can go a step further and develop a methodology that will be clear, precise and defined for all - both domestic and foreign investors. If there is a need in the next six to seven months to completely change the investment incentive system based on the experiences we have and based on the positive data we have in the field of foreign investment to apply the model equally to domestic companies, said Despotowski.

According to him, the growth of productivity of companies in TIDZ shows that there is significant potential to adjust wages and further increase.

- Our priority will continue to be to encourage labor productivity, primarily by investing in new technologies. We constantly insist that we want to see investors with higher added value, which means that we want to see investors investing in new technologies, because new technologies stimulate productivity growth. Companies can use up to 50 percent government support for skills development programs. That measure has been used very little in the past and now we are communicating it more dynamically so that the companies become aware that there is that opportunity and that the state stands as a support for the development of skills and to encourage productivity, said Despotovski.

We will closely monitor the growth of wages, he added, and I will not allow, neither I nor any of the institutions, the growth of productivity and profit and the benefit of that to be exclusively on the account of companies.

That benefit must be shared equally with the workers. Our priority in all the conversations we have with existing investors that are expanding capacities and with new investors is to look at the structures of both the employees and the salary levels they give. They are not interested in the real salaries they give to those with lower paid jobs and we are not interested in how much the manager takes. We are not tied to what is their starting salary, but what is the average salary and how it will move in the coming years, whether it will grow with an inflation rate that is not enough or with intensified dynamics which is something we can further encourage, Despotovski emphasized and added that grants are no longer given only for job creation, but to encourage additional wage growth.

According to the data from the analysis, he pointed out, there is a stable growth of wages and the growth is highest among the lowest paid jobs.

- Last year the gross salary increased by 5,5 percent compared to 2019, and for this year I believe that the average salary in the zones will be higher than the average salary in the national economy. With the new companies we are negotiating with, the emphasis, among other parameters, is on salaries. From the contracts that we have concluded this year or that are already in the phase of approval in the Government, in which we are talking about 3.500 to 4.000 jobs and investments of over 200 million euros, the initial salaries for unskilled workers are nowhere below 20.000 to 21.000 denars in net amount, said Despotowski.

The analysis covers 32 companies that in the past 10 years have a total revenue of 875,68 billion denars, with annual revenue growth of an average of 16 percent and 83 percent annual growth of the number of employees. The state has a significant benefit from their work. The companies in the TIDZ currently employ about 14.000 employees with an average salary within the state average.