The landfill "Rusino" is open, Sveti Nikole are sorry 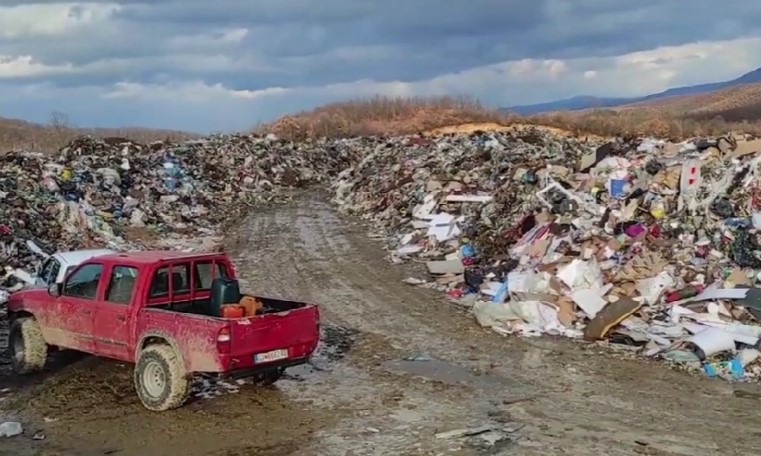 The landfill "Rusino" near Gostivar will become regional / photo: TV21

Under the signed agreements, public companies from the nine Polog municipalities will be able to dispose of waste in Rusino for 2,5 euros per tonne of waste.

After three years of negotiation, Rusino Polog Public Enterprise and is officially the manager of the Rusino landfill near Gostivar. According to the signed agreements, the public utility companies from the nine municipalities in Polog will be able to dispose of waste in Rusino for the amount of 2,5 euros per ton of waste.

- We will sign the agreements with each utility company and the concessionaires from the nine municipalities from Polog in order to formalize the cooperation with the utility companies. Five of the municipalities have not yet settled the debt to the joint venture, but they have a deadline to fulfill this obligation - he said Besim Dogani, director of the enterprise.

From the Ministry of Environment (MoEPP) for "Free Press" they say that the PE "Rusino / Polog" has been issued instructions to take the necessary measures for safe operation, for which the Government has already provided funds.

- The basic infrastructure for safe disposal of municipal waste has been established, in order for "Rusino / Polog" to be able to properly perform this activity until the conditions for issuing the disposal permit are provided - underline the MoEPP.

Minister Naser Nuredini previously stressed that all documentation has been prepared and negotiations are underway to provide funding for the construction of modern standard landfills.

- Forces must be joined to complete the processes at the local level. "Every delay means a return to the beginning, a loss of funds, an uncontrolled dumping of garbage, which affects the entire country with all planning regions," Nuredini said.

Changing the location of the Regional Landfill near Mechkuevci, or the Municipality of Sveti Nikole, will block the work of the public enterprise, is the position of the Council of the Municipality of Sveti Nikole, which will not elect members of the Supervisory and Executive Board of this company. If they are put in a dull position, they will organize a referendum. A total of 18 municipalities from the East and Northeast should dump garbage in this landfill.

A similar initiative from two years ago failed, because the Municipality signed an agreement that if it terminates, it will have to pay all current costs for the project from the EU grant. Through the project, the municipalities from the Stip and Kumanovo region have already received garbage trucks and new containers, and companies have been selected to clean all non-standard landfills. Veles is being considered.