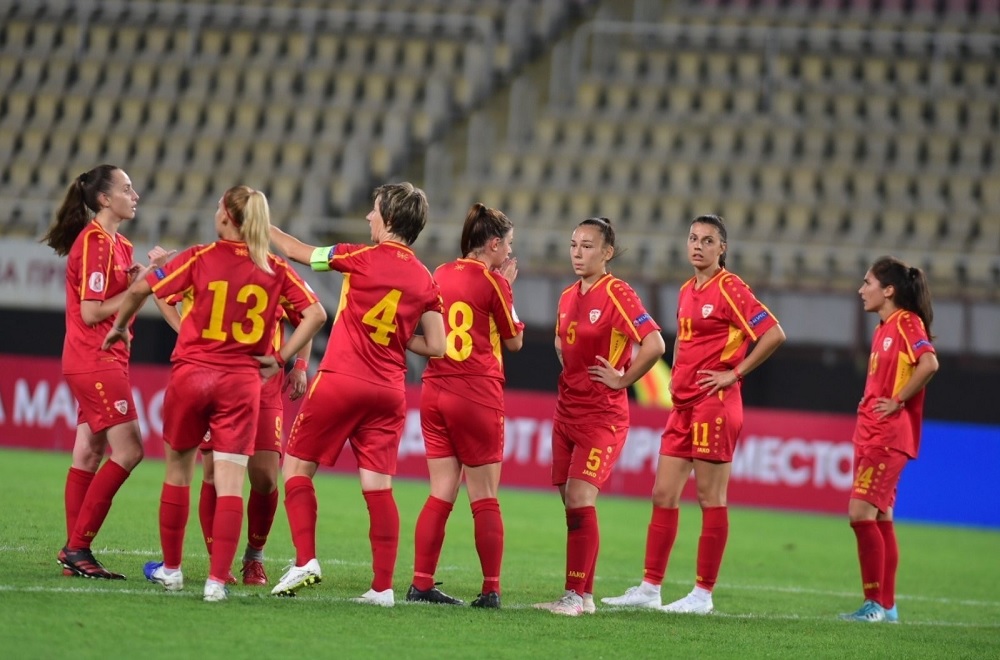 After the high defeat from England, the football players of Macedonia in Skopje are chasing the first good result / Photo: FFM

The Macedonian women's A national team with a high defeat in Southampton from England (0: 8) started the qualification for the 2023 World Cup.

Today, the selected players of the selector Kiril Izov will have the second match in the qualification group "D", in Skopje at 18.00 against the selection of Austria at the National Arena "Todor Proeski".

The Austrians were also convincing at the beginning of the World Cup qualifiers against Latvia away (1: 8).

We have the role of an outsider, but even before the duel with England, Izov's camp announced that Austria is the chance for a good result.

- Austria is not on par with the quality like England and I think that the chance to win points should be sought in that match. An objective problem is the fact that in this composition of Macedonia there are players mostly from the domestic championship who do not have much international experience unlike other teams - says one of our best football players, Natasha Andonova.

Unfortunate defeat by Romania of the women's national team under 19