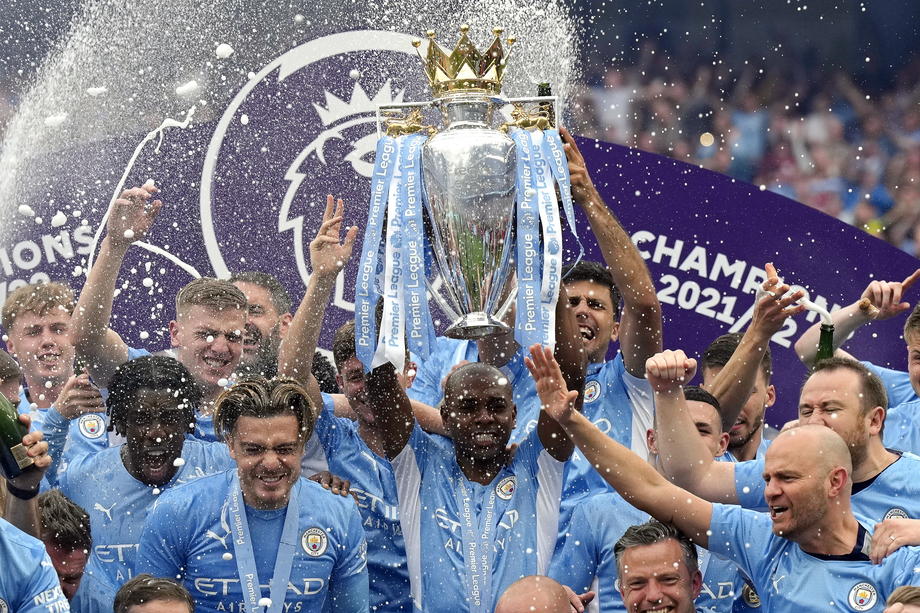 Liverpool, as in the past years, is the main favorite for the title together with Manchester City, and it enters the season race for Sadio Mane, who strengthened Bayern Munich, weakened.

The most exciting football league in the world is about to begin, and true connoisseurs of football will undoubtedly enjoy this season the quality offered by one of the strongest football clubs in the world.

Crystal Palace and Arsenal at Selhurst Park from 21:31 they will open the XNUMX edition of English Premier League. Last season, Arsenal finished in fifth place and missed the Champions League before the end of the competition, while Crystal Palace played a good season and established themselves as a stable team in the middle of the table. Crystal Palace are led by Arsenal legend and former captain Patrick Vieira. Gabriel Jesus and Aleksandar Zinchenko from Manchester City, as well as the talented Fabio Vieira from Porto, arrived in North London in this transfer window.

They will open the Saturday program on the island Fulham and Liverpool from 13.30 p.m. Fulham is returning to the Premier League, they have strengthened their goal line with Bernd Leno, and this season they will be led by the Serbian representative Aleksandar Mitrovic, who scored 43 goals in the Championship last season.

Liverpool as in the past years is the main favorite for the title along with Manchester City, and weakened enters the race this season for Sadio Mane, who strengthened Bayern Munich. Darwin Nunez, who scored 34 goals in 41 games last season in Portuguese Benfica, was hired as his replacement. The Reds defeated City in the Community Shield last weekend to claim their first trophy of the new season.

The wait is over. pic.twitter.com/oHrBDmNk5I

It's good to be back.

On the same day, from 16:00, the program includes the competitions Leeds - Wolverhampton, Newcastle - Nottingham Forest, Tottenham - Southampton and Bournemouth - Aston Villa. Leeds have survived two seasons in the top flight, while Wolverhampton have been one of England's most consistent teams in recent years.

Newcastle enters confidently, and in the first round he will play against the giant of English and European football, Nottingham Forest, who returned to the elite after 23 years. Everton and Chelsea will close tomorrow's program, and the start of this duel is scheduled for 18:30.

Those teams went through a turbulent period in the second half of last season, Everton fought for survival until the very end, a Челси there were uncertainties due to the situation with the long-time owner, Russian tycoon Roman Abramovich. Despite this, Chelsea played well until the end of the season, and the summer transfer window marked the departure of Riediger, who was replaced by Koulibaly, the biggest signing in recent years, Raheem Sterling, as well as the arrival of Cucurella, who should be made official soon.

This is the Premier League. pic.twitter.com/S33VI7HdCL

They will play on Sunday from 15:XNUMX Leicester – Brentford and Manchester United – Brighton, and from 17:30 West Ham welcomes the reigning champion Manchester City. Manchester united strengthened with Eriksen, and considering that the transfer period is still going on, the situation with the biggest star of the team, Cristiano Ronaldo, whose stay is desired by the "red devils" strategist, Eric Ten Haag, is uncertain.

"Citizens" enter the new season strengthened by one of the best strikers in Europe, Erling Haaland, so this season we can expect attractive football, many goals and a fight for trophies in all competitions. Burnley, Watford and Norwich were relegated from the Premier League last season, and Fulham, Bournemouth and Nottingham Forest came in their place.