Dendias in a diplomatic offensive to remove the Bulgarian veto? 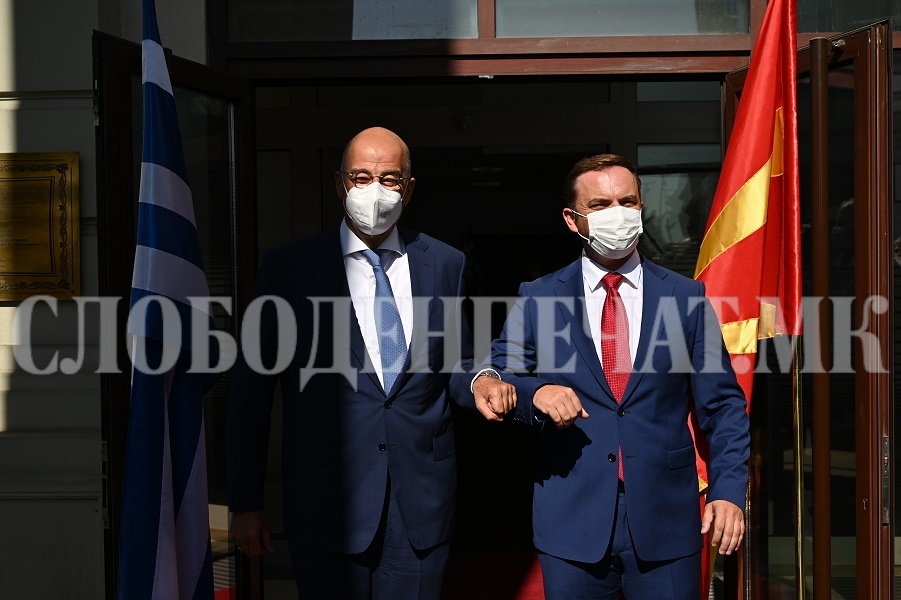 The increased dynamics of visits and meetings of senior European officials with the state leadership, but also the sent messages that Macedonia is on the right path, as well as the announced arrival of German Chancellor Olaf Scholz in the country, according to experts, show that the bubble of optimism is " pump "to lift the Bulgarian veto and talks with Sofia enter a new phase.

The political analyst Milan Stefanovski believes that the increased diplomatic visits to the country will bring something new, and these will not be new conditions and our concessions in relation to Bulgaria for our European integration. According to Stefanovski, Dendias' visit will be a new attempt to remove the Bulgarian veto.

- It took only six days to bridge the 55 years spent in misunderstandings between the MOC / OA and the SOC and to reach reconciliation. Similar to the three-decade-old name dispute between Skopje and Athens, we will soon have a solution with the Bulgarian side. I am convinced that our western diplomatic support, which is present in various forms these days, is directed and created for dialogue and diplomacy that will always bring compromise in the end. It remains not certain only the time in days when we will overcome the misunderstandings with Sofia - says Stefanovski.

On the other hand, analyzing the dynamics of visits and meetings, the former ambassador Risto Nikovski assesses that we are entering the final phase of the dispute with Bulgaria, but at the same time reminds that the solution with Sofia will not accelerate our EU membership.

- Serious changes are taking place in Europe, more precisely in the EU, which has already definitely told us that enlargement will be difficult, announcements for certain visits should signal that it is only a reaffirmation of Western interest in our region. Obviously for us it remains as an alternative and the so-called An open Balkans, which is an American idea that will give an opportunity to the countries in the region to connect with each other more widely, and it is a good announcement that Montenegro will probably join as well. I think that BiH will do the same, while it will be more difficult for Kosovo because of the relations with Serbia. In any case, the region is facing a new reality that de facto formalizes the position of Brussels that there will be no entry into the Union for at least 20 years - said Nikovski.

According to the announcements, Greek Foreign Minister Nikos Dendias is expected to arrive in the country today. According to the announcements, the topics that the Minister of Foreign Affairs of Greece Dendias will discuss with his Macedonian counterpart Bujar Osmani areAdditional strengthening of bilateral relations in all areas between the two countries, the European perspective of Northern Macedonia, the implementation of the Prespa Agreement, developments in the Balkans and the situation in Ukraine.

According to the agenda, Dendias with one day visit to Macedonia, besides the meeting with Osmani is expected in in the afternoon Yes be received и by the Prime Minister Dimitar Kovacevski, as well as from Deputy Prime Minister for European Affairs Bojan Mariciќ.

VIDEO: The windows of the Parliament were broken, the speech of Vesna Petrushevska was interrupted

VIDEO: The protest in front of the Parliament is escalating, the protesters want to enter the building