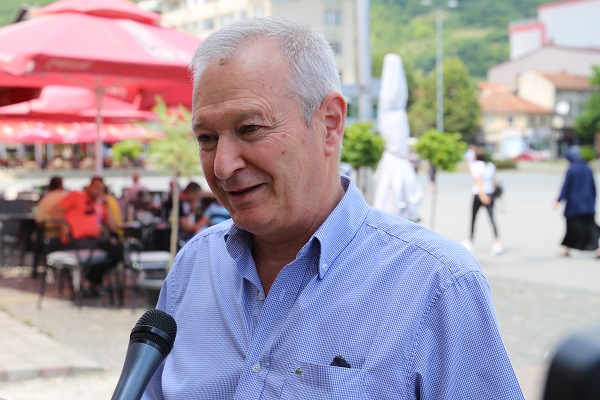 Exactly one week ago, I was amazed by the video of a media outlet that circulated on social networks that civilians walk freely through the modular hospital in Tetovo, often without masks and without any protection, in search and care for their loved ones.

Yesterday, when I was watching the horrific footage of the Covid hospital fire, I was immediately reminded of that video. Obviously I was not well informed about the situation in the Tetovo hospital, because when I talked to my friends about what I saw in the video, in fact they were not surprised at all. Some of them, who had relatives in the modular hospital, confirmed to me that they had gone through the same experience. The closest ones usually take care of the sick, they had to bring bedding, medicine and food, every day. The modular hospital did not even have toilets, so the sick were given adult diapers.

Unconfirmed testimonies and speculations emerged that the fire broke out immediately after a doctor tried to bring a young patient back to life with electric shocks in the presence of her frantic parents.
However, the reasons that led to this terrible tragedy will be determined by the authorities.

It is quiet and sad today in Tetovo. Nobody will bring back the lost lives. The citizens of Tetovo are still in shock and disbelief. The grief of lost lives is enormous.

Although the wounds are fresh and the pain is great, the question is whether society will continue to take the warnings seriously or continue to ignore them, as before.

This summer, unfortunately, the fourth wave of the crown seems to have left Tetovo as a result of the large number of weddings indoors. Although the indications for that were clearly visible at the beginning of the new wave, there was still no appropriate and timely reaction from the authorities.