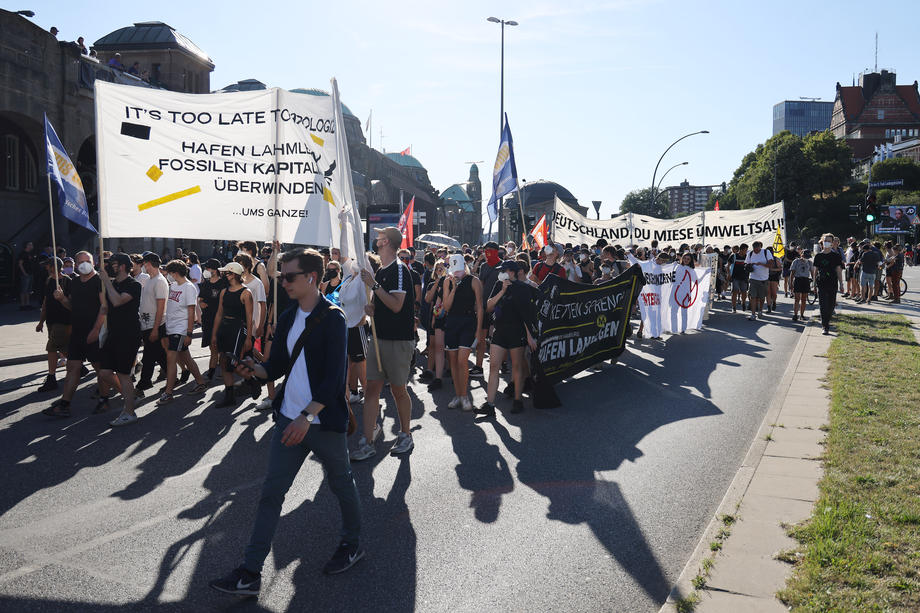 In the German port city of Hamburg, clashes broke out today between demonstrators and the police at the climate protest.

A spokesman for the protesters described the incident as "a new peak in police violence".

Activists also blocked the Kellebrandt Bridge and, among others, the railway lines used by the Hamburg Port Authority.

"Here we are blocking the epicenter of German foreign trade to draw attention to the consequences of modern colonialism," the environmental movement Extinction Rebellion said in a statement.

Five marches were announced for today in Hamburg. In the first major demonstration, about 2.000 people marched from Altona Park to a nearby train station.

The liberation of Crimea seems inevitable, Ukraine believes it will regain the peninsula

In a coordinated response, the EU members invite the Russian ambassadors to talk