Democracies do not go to war with each other 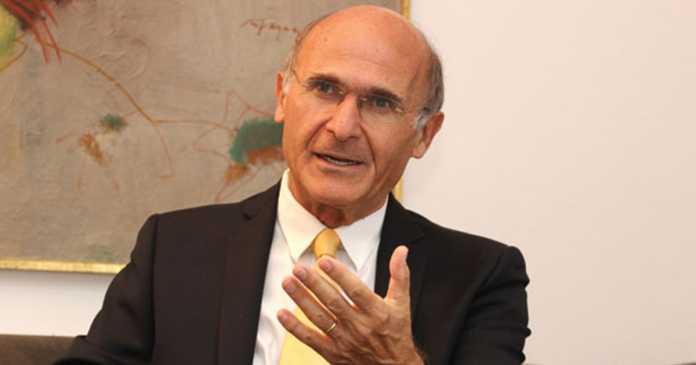 What is Putin's real fear? That it will be attacked if NATO enters Ukraine and so the West will risk nuclear missile strikes on Washington, New York, Paris or London? No. Putin's real fear is a democratic and prosperous Ukraine, which by its example can overthrow him.

One "good morning" from Warsaw, the Associated Press sent me the regular morning news, which today reads, among other things: "NATO puts additional military forces on standby and sends more ships and fighter jets to Eastern Europe, while Russia continues to increase troops on the border with Ukraine. "The US State Department has ordered all families of US embassy staff to leave the country out of growing fear of a Russian invasion." I read the news and go back in time.

Should NATO expand to the borders of Russia, filling the vacuum created by the withdrawal of Russian power or, together with Russia, build a security framework for the whole of Europe? This was the dilemma of the conference held at William and Mary College in Virginia in the mid-XNUMXs, which I attended as Macedonia's representative to the UN. Prominent US military and political figures marched on the amphitheater, while ambassadors from Eastern European countries waited for their turn to pick up the microphone and make their plea in favor of their country's NATO membership.

For them, NATO was the insurance policy that they would not fall under Russian influence again. The debate was in favor of enlargement. NATO is not only a military organization, but also an alliance of democracies, was the argument against a common security framework with Russia, a country with deep autocratic roots.

Russia was on its knees at the time. Pictures of overturned rusty ships in Russian ports and disabled tanks and other weapons in garrisons have traveled the world. The country had a BND the size of a small Belgium, and the people lived in great misery. "Nuclear Kuwait" - called the country rich only in nuclear missiles. Sergei Lavrov, who was then Russia's representative to the UN and with whom we sat in the regular meetings of the group of Eastern European countries, with this sentence described to me the tragic situation with the army, but also with his country as a whole. He said that instead of training, Russian soldiers planted potatoes to feed themselves. With the coming to power of Vladimir Putin, things began to change in the country. Liberating the economy from the power of the mafia, he puts under his control the oligarchs who have lost enormous wealth after the collapse of the state economy.

By resolving the country's internal problems through control from above, not a democracy that in Russia resembled anarchy, Putin still did not have the power to deal with the countries of the former Russian Empire, which became independent after the collapse of the Soviet Union. "Now we are helping Russia get on its feet economically," Henry Kissinger wrote.

While there were still doubts as to whether Russia would evolve into a democracy, Putin, in the Clinton era, would even shyly announce that his country could one day become a NATO member. But instead of democracy, which would mean leaving office after two terms, Putin has become an autocrat who controls everything. It started with the oligarchs who controlled the economy until then, continued with the insurgents who controlled Chechnya, and finally took control of the independent media and the few human rights organizations.

There is agreement that in the first decade of his rule, Putin did a lot of good things in the economy and raising the standard of living of the population. But instead of democracy, Putin, who has ruled Russia longer than Stalin, has built a powerful autocratic system. "Liberalism is obsolete," he will say in a 2019 interview, rejecting the Western model of liberal democracy but also declaring war on a system that threatens his personal rule. Interference in the US election in favor of Donald Trump and poisoning of dissidents were the methods of that new war aimed at discrediting democratic systems.

The damage to the democratic system of the first republic in the world, the United States, is enormous: as a result of Russia's manipulation of American voters, a large part of the American population still disputes the legitimacy of President Joe Biden.

Churchill and Roosevelt concluded at a meeting during World War II that autocratic systems were a threat to world peace. Hitler's rise, his total control of German society, his inviolable rule, his step-by-step aggression (Austria, Czechoslovakia, Poland…), the absence of coordinated resistance from powerful Western powers, led Churchill and Roosevelt to conclude that in the post-war world, against autocracies must become an integral part of the struggle for peace.

The fear in the West today is that Putin, as a modern version of the former autocrats who make their own decisions about war and peace, will put the world on the brink of extinction by entering Ukraine for the second time.

Will America immediately go directly to war? No, because nuclear war is tantamount to suicide. But weapons and sanctions against Russia will help the Ukrainians fight. What is Putin's real fear? That it will be attacked if NATO enters Ukraine and so the West will risk nuclear missile strikes on Washington, New York, Paris or London? No. Putin's real fear is a democratic and prosperous Ukraine, which by its example can overthrow him.

Autopsy of an "active boycott"

Dealing with the crisis, pursuing reforms and sustaining growth

The biggest day in the history of the world

Finland and Sweden in NATO, a big blow for Putin

Whoever is sinless, let him first cast a stone at her!