"Delije" fired at the referees, they hit the fitness coach of Red Star 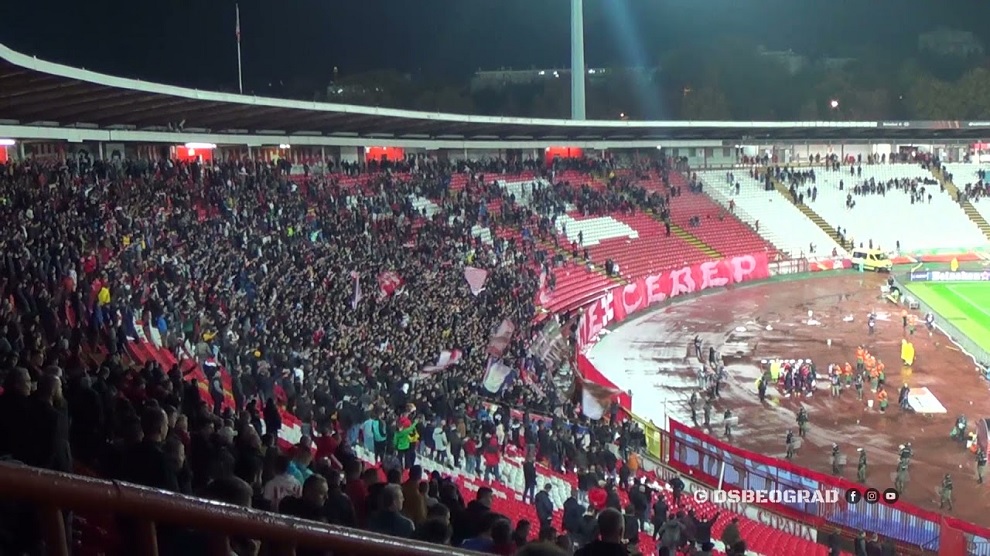 Red Star fans have found the culprit for the defeat of Midtjylland in the fourth round of the Europa League to referee Tamas Bognar from Hungary.

The Hungarian referee sent off Milos Degenek in the 12th minute, while Marko Gobeljic had to go to the locker room earlier in the finish.

Fans of the Belgrade "red and whites" reacted violently and threw various objects at the referees and started to leave the field.

Red Star goalkeeper Milan Borjan tried to calm the popular Delii, and the police made the so-called wallpaper for the judges to reach the locker rooms.

According to the information in the chaos that occurred, the fitness coach of the home team, Federico Panoncini, was affected.

The Italian, full of blood, asked for an ambulance because he was scared, but the injury was not serious.

VIDEO: Conte made his debut with a victory on the bench of Tottenham, Roma escaped defeat at "Olimpico"