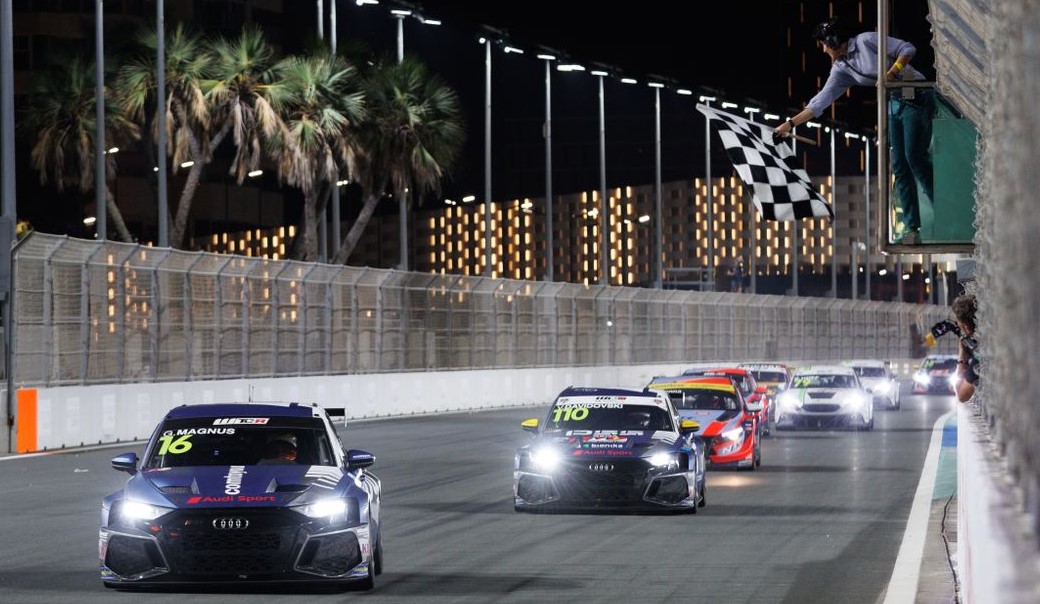 Viktor Davidovski rounded off the most successful season of his career with a second place finish in the last event of the highest ranked competition
in Touring Racing, Grand Prix weekend in Jeddah, Saudi Arabia.

In the first race, the Macedonian motorist started ninth and reached eighth place, and in the second race, when the first ten were rotated, he started second. However, the first three laps were extremely turbulent and brought more position changes, as well as several collisions and crashes.

I made a mistake at the start, the pressure was simply too great. For all drivers this was a new track and a new experience with two races in one day. We were all forced to tactic in the first, and then to give our all in the second, which was also the season finale. I knew that if I went out front I would have a faster car in the sense that the aerodynamics of the car would not be affected, but it turned out as it turned out, everyone made a mistake in the second race, so I had the opportunity to get back into the rhythm.

As a wild card driver I had extra weight and didn't even have the latest spec gearbox upgrades available, so I wasn't expecting a podium finish. In the end, this all seems like a dream, which fortunately has come true, but it will take time for it to "sink in". Davidovski participated for the fifth time in TCR Europe this season and managed to get his first victory at the "Paul Ricard" circuit near Marseille. With the performance in WTCR and winning the cup for second place, he opened new horizons for his career.

Today we continue with the activities, we will test some of the upgrades that are planned for 2023. For the first time, I will have the opportunity to test the cars with the latest specification and find out more about the team's plans during the next season. This is a wonderful team, great professionals and a really nice atmosphere to work in. A huge thank you to all of them, I believe that I justified the chance they gave me, I hope that together we will make our fans happy many more times", said Davidovski.

VIDEO | The champion was too big a bite: the legendary Fedor beaten in the last fight

VIDEO: An unforgettable jump - Timmy Seitz flew over the ski jump in Willingen with 161 meters

The giant Ford returns to Formula 1 from 2026