To wear or not: The choker and its intrigue 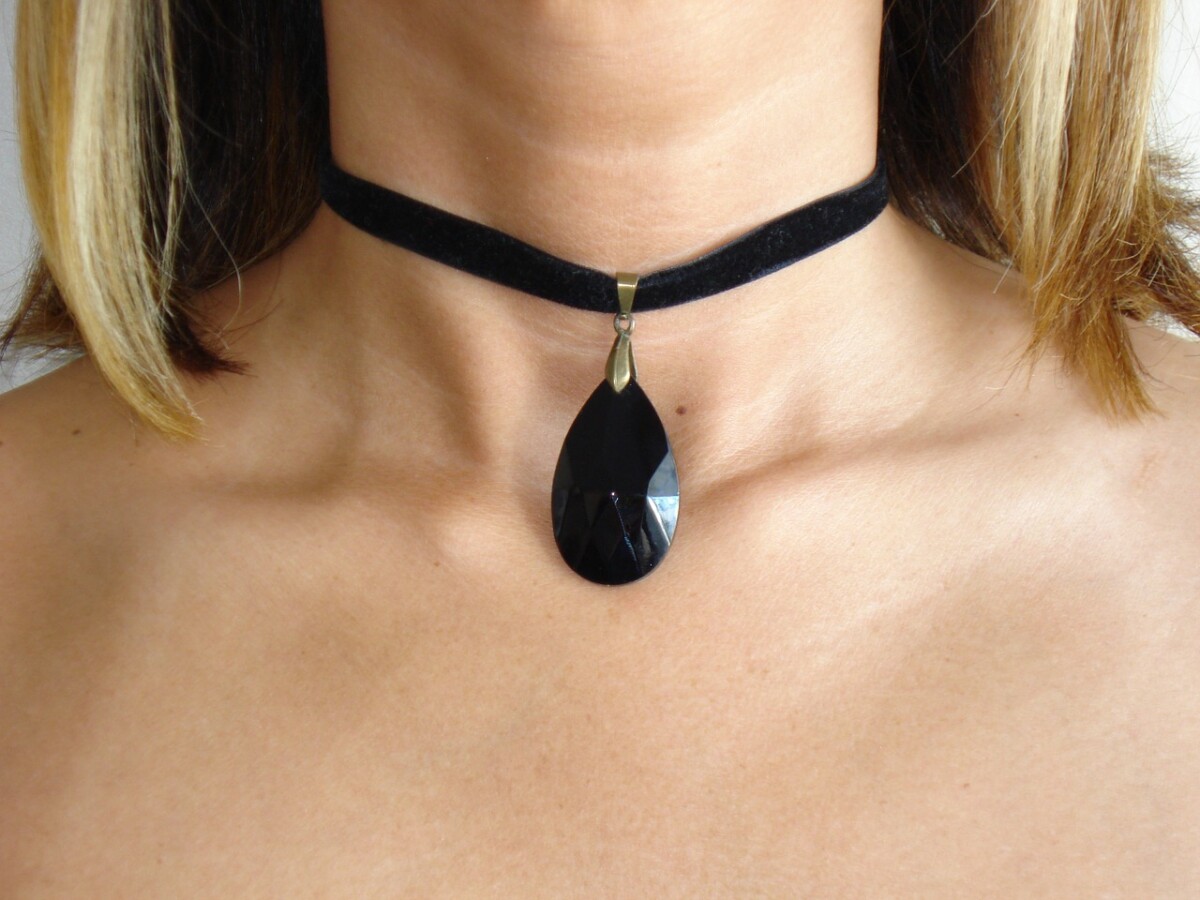 From the prejudice that they are just for promiscuous girls, through the memory that we and our friends had in childhood, to the world famous stars who started wearing them every day last year. From the plastics we got in the 90s and early 2000s to snack packs to the race of fashion designers today to make them as extravagant as possible.

How did choker necklaces manage to become so important?

The name choker necklace comes from the English word "choker", which means one who suffocates, immediately letting us know that the necklaces are attached to the neck and leave almost no room for breathing. The word choker in the meaning of this type of necklace appeared in 1928.

But other than the name, where do these necklaces actually come from and what is their history?

From ancient times the people wore jewelry to protect themselves from spiritual forces, to protect other parts of the body (neck, wrists, head, chest) and to have protection in the afterlife. The same was true of the chokers that have been present in human civilization since its inception.

The oldest choker was found in the tomb of Queen Mesopotamia Poebi in the city of Ur (c. 2600 BC).

In ancient Egypt, jewelry was worn to bring people closer to the gods and to gain their affection. Because of this they wore short and narrow necklaces or collars in gold that represented the skin color of their supreme sun god Ra. The Celts thought similarly in the Bronze Age. They depicted their gods with narrow, large gold necklaces. To get close to them, but also to protect their necks, the Celts wore these heavy and very uncomfortable necklaces.

The natives of the North American continent were adorned with chokers made of bird bones, believing that their spirit would protect them from various diseases, but also secure their necks.

In Africa, among the Zulu and Masai peoples, chokers have long been worn as a sign of belonging to a particular family, indicators of wealth, marital status depending on the color and size of the necklace.

In the Middle Ages, wealthy women adorned themselves with chokers with a pendant depicting St. Sebastian, believing that this was how they protected themselves from the plague. Later, however, chokers played an increasingly protective and increasingly aesthetic role among the nobility and ruling families.

Chokers in the 16th century

Anne Boleyn, according to many the most influential Queen of England and the second wife of Henry VIII Tudor, still wore the very recognizable pearl choker with the letter B as a pendant. If anyone at the time still believed in the protective role of the choker, they could no longer do so, given that Anna Bolen ended her life beheaded on a guillotine.

India was ruled by the Mughal dynasty, which, as evidenced by images of men and women, also adorned its neck with numerous short, narrow necklaces. Shah Jahan, whose reign is remembered as a golden age, and his wife Mumtaz Mahal, to whom the Taj Mahal is dedicated, wore chokers very high around their necks so that they could put on as much as possible.

During the Baroque and Rococo periods in France, chokers were extremely popular.

Marie Antoinette wore ribbons of cloth tied around her neck. And she ended up on the guillotine. This marked the beginning of a trend in which red ribbons were tied around the neck during the French Revolution in memory of those who lost their heads in this way. At the same time, young people in England have embraced this fashion, but for purely aesthetic reasons.

In 19th century France, black stripes around the neck, or chokers, became a symbol of a social group. Prostitutes, like Olympia in Monet's image, wore chokers as a sign. Soon, French ballerinas were marked with these ribbons, which can be seen in the paintings of Edgar Degas.

At the time, in Germany and Austria, chokers ("Kropfkette") were worn by women who wanted to cover neck scars caused by goiter.

Queen Alexandra of England, the wife of Edward VII of Denmark, adored chokers. According to rumors, she wore them to cover the scar on her neck acquired as a child. England saw great fashion inspiration in it and the population began to wear chokers en masse.

The wearing of chokers was passed down in the next century among flyers (a term from 1920 for women who rejected social norms: smoked cigarettes, went out, listened to jazz).

In America during the Great Depression (1928-1939), wearing chokers was part of the social subculture - homosexuals. For them it was a secret sign of mutual recognition. In 1940, chokers were a favorite among all women.

However, after that, in the 60's and 70's, these necklaces did not return to fashion until they presented the biggest rock stars at the big door: Mick Jagger, Jimi Hendrix, Elvis Presley, David Bowie, Iggy Pop.

In the 90's, chokers were taken over by pop stars. Then the black chokers became a symbol of elegant and grunge look, and were worn by everyone, from Gwen Stefani, Prince, Britney Spears to Princess Diana.

Since 2014, when the fashion of the nineties returns, and the chokers return. Today we have them in all shapes, colors, leather, metal, velvet, silver, those that mimic 19th century England and those that mimic the plastic tattoo chokers we wore in the 90's.

Therefore, if you wear chokers, feel free to wear them. If the queen of Mesopotamia could, so can we.

Daily horoscope for January 23: Get rid of the thoughts that trap you

Joke of the day: Drunk man

Save your skin from the cold: Three quick soft hand masks

Orchid, a real beauty in the home: How to store it properly?

PHOTO | Jennifer Lopez with a new trend for 2022: Jeans long skirt for an effective look