VIDEO | Dr. Sopronov: Criminals use sophisticated equipment, there is no door that can not be opened 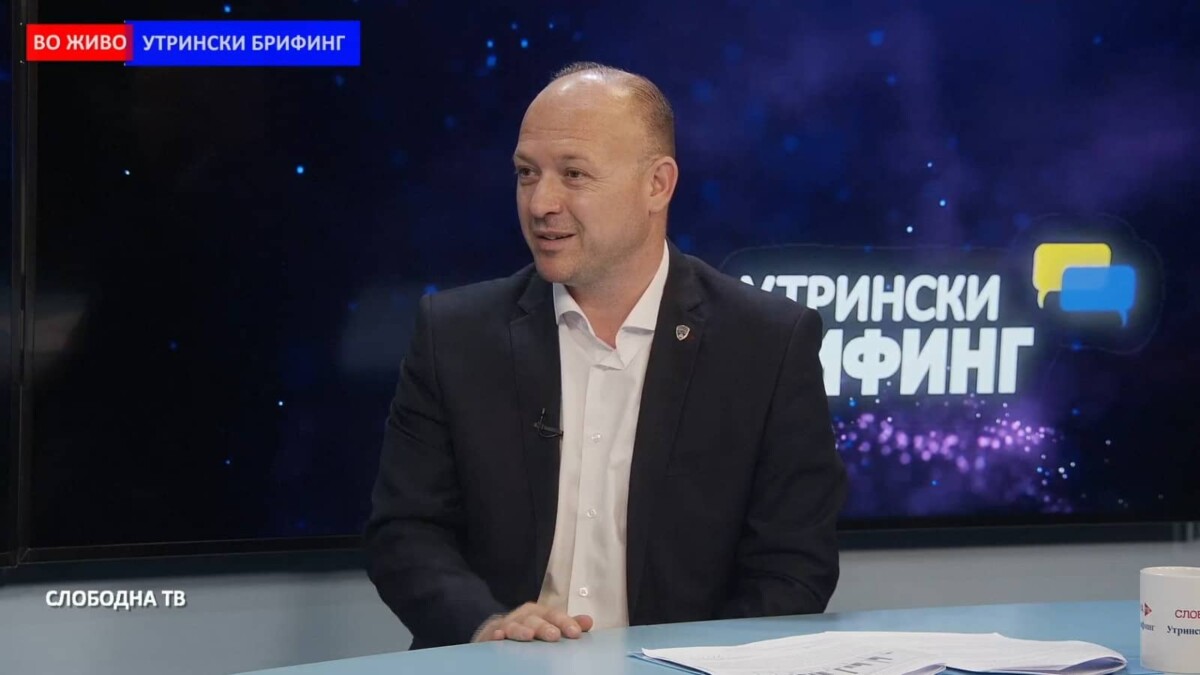 If at the height of the Covid pandemic, citizens were forced to sit in their homes, thieves and robbers became active with the movement, so the police have their hands full with detecting the perpetrators of thefts, aggravated thefts and robberies.

- The Ministry of Interior of the Republic of Northern Macedonia, the Public Security Bureau, the Criminal Police Department, more precisely the Unit for Property Crimes and Violent Crime, take measures and activities related to combating more serious types of crimes, such as aggravated theft and robbery. The difference between aggravated theft and theft is any matter that is by force or an obstacle is overcome, it is part of aggravated theft. Robberies are a more serious type of crime, where they can be committed with dangerous tools, said in the morning briefing Dr. Alexei Sopronov, inspector at the Ministry of Interior, Department of Criminal Police, Department of General and Violent Crime.

According to prof. Dr. Sopronov in the last three years, including February this year, this type of crime is growing in our country as well as in other countries. Criminals operate with increasingly sophisticated equipment and often organize in groups.

- There is no door that can not be opened. It can also be entered through the windows. It's a matter of minutes. The question is how long they will enter. Now a good guide can be obtained from "Ali Express", criminals use sophisticated equipment. They also use metal detectors and thus quickly find gold and jewelry in the apartments, says Dr. Sopronov.

But the Ministry of Interior, especially the unit for property crimes and violent crime has success in the intelligence activity and out of 10 thefts, 8 to 9 have been solved.

- The Unit for Property Crimes and Violent Crime employs only professionals, who have many years of work experience and who take measures and activities to detect, clarify and prove crimes of this type of crime. They also investigate the modus operandi of the perpetrators and make an assessment of how the thefts were committed, after which they are easier to detect, adds Dr. Sopronov.

The professor reveals that lately the target of the thieves, in addition to money, jewelry and gold, are items that have historical significance, artifacts, so the Ministry of Interior has a special unit against illegal sale of artifacts. The theft of vehicles is reduced in relation to the burning of vehicles that have become more frequent, says Dr. Sopronov who adds that the Ministry of Interior very quickly, within a month, discovered the perpetrators who set fire to the vehicle of former mayor Shilegov a few months ago. two more vehicles in the parking lot.

The perpetrators are people from the social life who are on the edge of social life and who when they go to prison "improve" their knowledge and become part of larger groups, are better organized and so work. Crime has no pretensions, it does not know ethnic, national sign, and the basic principle is money, they are well organized, cooperate with goldsmiths and within 24 can melt the gold, says Dr. Sopronov.

Citizens can protect themselves from theft if they do not post photos on social networks when they are away from home, because thieves also follow such information, which is naively posted mostly on Facebook and Instagram.

- Unit for property crimes and violent crime acts preventively through social networks, also the citizens should be careful what pictures they put on social networks. Thefts can be prevented even if video surveillance is set up, which in turn helps the Ministry of Interior to detect the thief even when it is masked, so we recommend video surveillance, regulated entry, any kind of protection that citizens will take will be effective, says Sopronov.