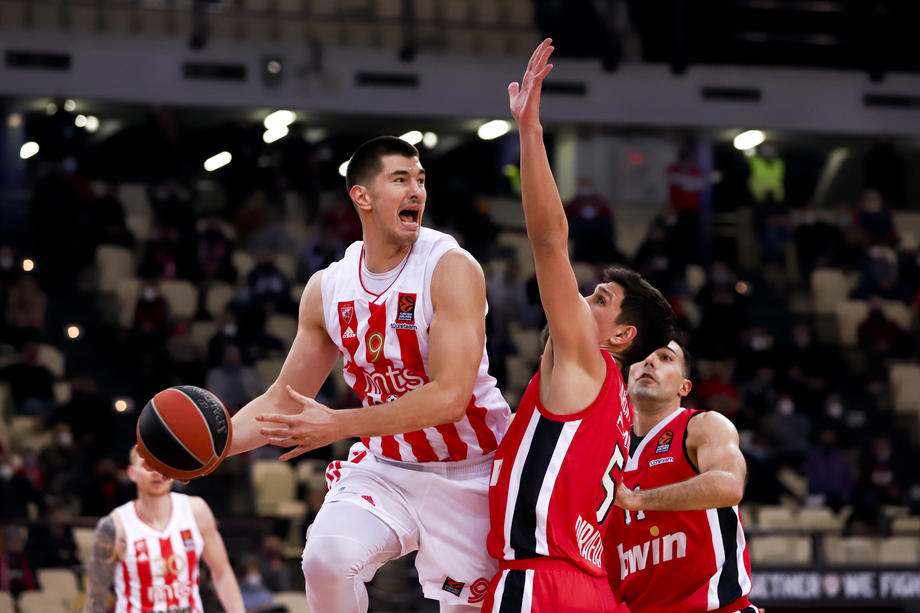 Red Star will play in the final of the ABA League / photo: EPA-EFE / GEORGIA PANAGOPOULOU

The Red Star basketball players will play in the final of the ABA League after they defeated Cedevita Olimpija in the championship that was played tonight in Belgrade.

The "Red and Whites" in the decisive third match celebrated with 88:78 and scheduled a showdown with the trophy with the eternal rival Partizan, which the day before in the championship outclassed Buducnost with 101: 77.

The start of the second half again belonged to Red Star which came to plus 20 (67:47). However, the guests did not give up, made a series of 0: 7, and in the finish they came to a single-digit negative, but in the last moments of the game, the players of the current champion in the ABA League managed to keep the advantage and secure a place in the final.

The best in the ranks of Red Star were Kalinic with 15 and Ivanovic with 11 points, while at Cedevita Olimpija the best in the game were Ferrell with 25 and Dragic with 21 points.

The first match of the final between Red Star and Partizan will be played on Friday.

Roma have a title team but struggled to win against Salernitana

VIDEO| Mbappe is already acting like the president of PSG: He got angry when a teammate passed to Messi, not to him

Tuchel on the "clinch" with Conte: We are emotional coaches

The "fury" is too strong for basketball hopefuls