Man on the way to Mars: NASA can produce oxygen on the planet 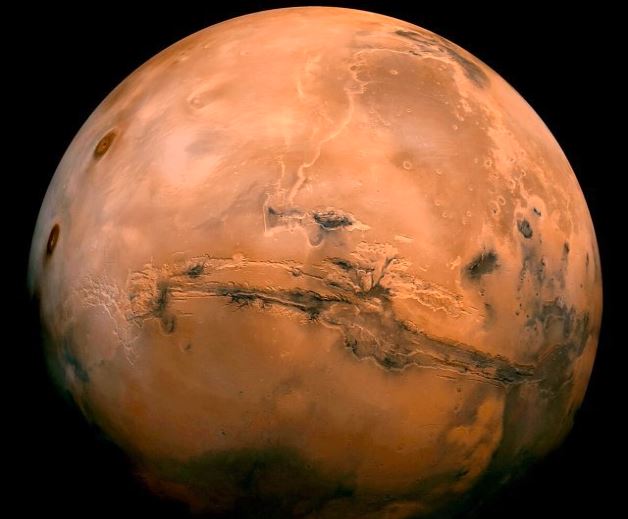 After the rover on NASA "Persistence" create oxygen on Mars in April of last year, a giant step forward was made toward closer habitation of this planet.

Namely, scientists have successfully produced oxygen through the instrument "Moxie" (Moxie), a toaster-sized device mounted on the rover that separates the carbon dioxide-rich atmosphere.

All of NASA's hopes of sending humans to Mars in the next 20 years depend on being able to make the oxygen necessary for the astronauts themselves, but also for the rocket's return to Earth. The earth.

About 25 tons of oxygen are needed to launch the rocket back to Earth along with the astronauts.

We've arrived on Mars – now what?

Moxie has been powered up seven times since February last year and runs for one hour each, with each test done in different conditions, including different seasons, day and night.

During seven cycles, about 50 grams are made, which is similar to the productivity of a small tree. Moxie twice analyzed the oxygen it produced and found it to be pure and meet the goal of six grams of oxygen per hour.

After the Moxie proved its purpose, engineers would like to upgrade it to be able to produce several tons of oxygen, like a robotic forest.

In the future, an instrument could be sent to the surface of Mars before a manned mission to create sufficient supplies of this vital gas. Also, the technology would work around the clock.

- This is the first demonstration of the actual use of resources on the surface of another planetary body and their chemical transformation into something that would be useful for a human mission - he added.

As he stated, the key challenge was to prove that "Moxy" is capable of producing oxygen even under drastically changing conditions.

Have we already contaminated Mars?

– The atmosphere on Mars is much more variable than Earth's. Air density can vary by a factor of one or two over the course of a year, and the temperature can vary by 100 degrees. We have one goal, and that is to show that we can function in all seasons.

The only part of the day when "Moxy" was not active was at dawn or dusk when temperatures rose or fell rapidly.

– The team has an "ace up its sleeve" to deal with even these most challenging conditions. When we test it in the laboratory, we will be able to reach the last milestone and show that we can function at any time - said the main researcher of the project. Michael Hecht.

Scientists explained: What herb could feed us on Mars?

NASA will transport samples to Mars with two new devices

PHOTO | NASA has released new fascinating images of the Moon

INFOGRAPHIC: The Race to the Moon Continues

NASA: People will live on the moon in the next ten years