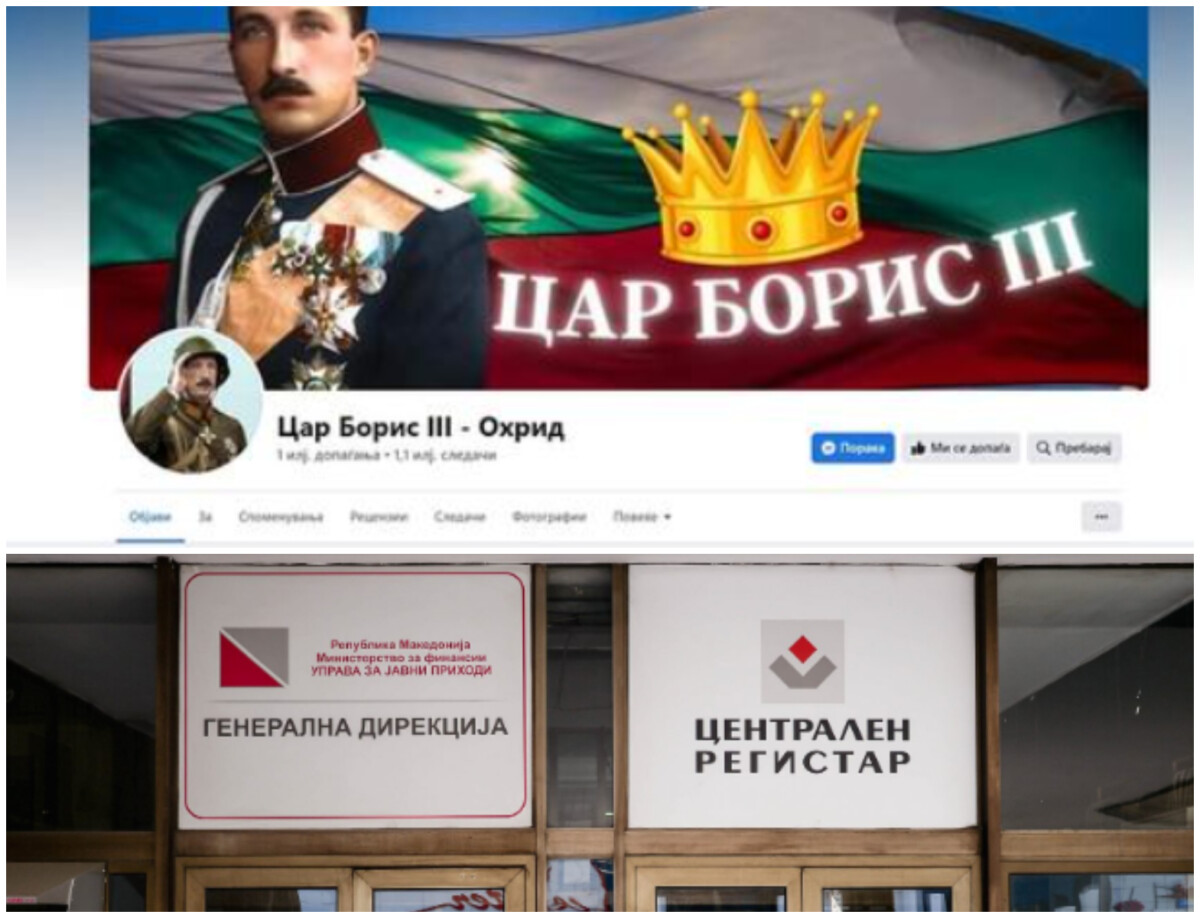 Reaction from the Central Registry for the registration of the Tsar Boris Association/ Photo: screenshot

The Central Registry of the Republic of North Macedonia in connection with the registration of the Association of Citizens "Tsar Boris III" emphasizes that in its operations, it always acts and is guided according to the existing laws in the country, and in The Law on Associations and Foundations does not provide special provisions (Register) for disputed and negative figures from history.

- The Central Registry acts in accordance with the current Law on Associations and Foundations, which states that the Right to Free Association is exercised through association in associations, foundations, alliances and organizational forms of foreign organizations (hereinafter: organizations) for the realization of their goals, activities and protection of rights, interests and beliefs in accordance with the Constitution and law. It is prohibited to establish an organization if the program and its actions are aimed at violently overthrowing the constitutional order of the Republic of Macedonia, inciting and calling for military aggression and inflaming national, racial or religious hatred or intolerance, undertakes activities related to terrorism, undertakes activities that are contrary of the Constitution or law and the freedoms and rights of other persons are violated, the Central Registry emphasizes.

Article 65 and 66 of the Law on Associations and Foundations provide for the cases when work for the organization is prohibited.

-According to Article 66, anyone can and has the right to submit an initiative to ban the organization before a competent public prosecutor if the action is aimed at the violent collapse of the constitutional order, incitement and incitement to military aggression and incitement of national, racial or religious hatred or intolerance, activities related to terrorism, undertakes activities that are contrary to the Constitution or the law and violates the freedoms and rights of other persons, the Central Registry notes.

According to the portal "360 degrees" during the registration of the Association in the Central Registry, a written consent from Simeon of Saxe-Coburg, son of Tsar Boris III and former Bulgarian Prime Minister, was also submitted among the documents.

- The name of Simeon of Saxe-Coburg does not appear anywhere on the statement and in the other documents, but it can be indirectly concluded that it is him, given that the consent is printed on a letterhead that says Vrana Palace, the residence of the Bulgarian royal family , and has the characteristic signature of the former Bulgarian emperor and prime minister, states "360 degrees".

According to the Law on Associations and Foundations, to which the Central Registry refers, the Ministry of Justice issues approvals only if the word "Macedonia" is used. Just yesterday, the Ministry responded briefly that they had not received a request for a positive opinion in the registration procedure. The law does not contain strict provisions regarding the name of some Association, except that it should not coincide with the name of an existing organization already registered in the Register.

However, "the provisions of the law governing the name of a trading company shall apply to matters of the name that are not regulated by this law", it is stated in Article 8 of the Law on Associations and Foundations, and in the Law on Trading Companies in Article 49 it states that the name and surname of a historical person can be used on two grounds: if her relatives up to the third degree in a direct line give their consent, and if there are none, the Ministry of Justice gives their consent.

After every rain there are floods, in Skopje only 35 percent of the streets have storm drains