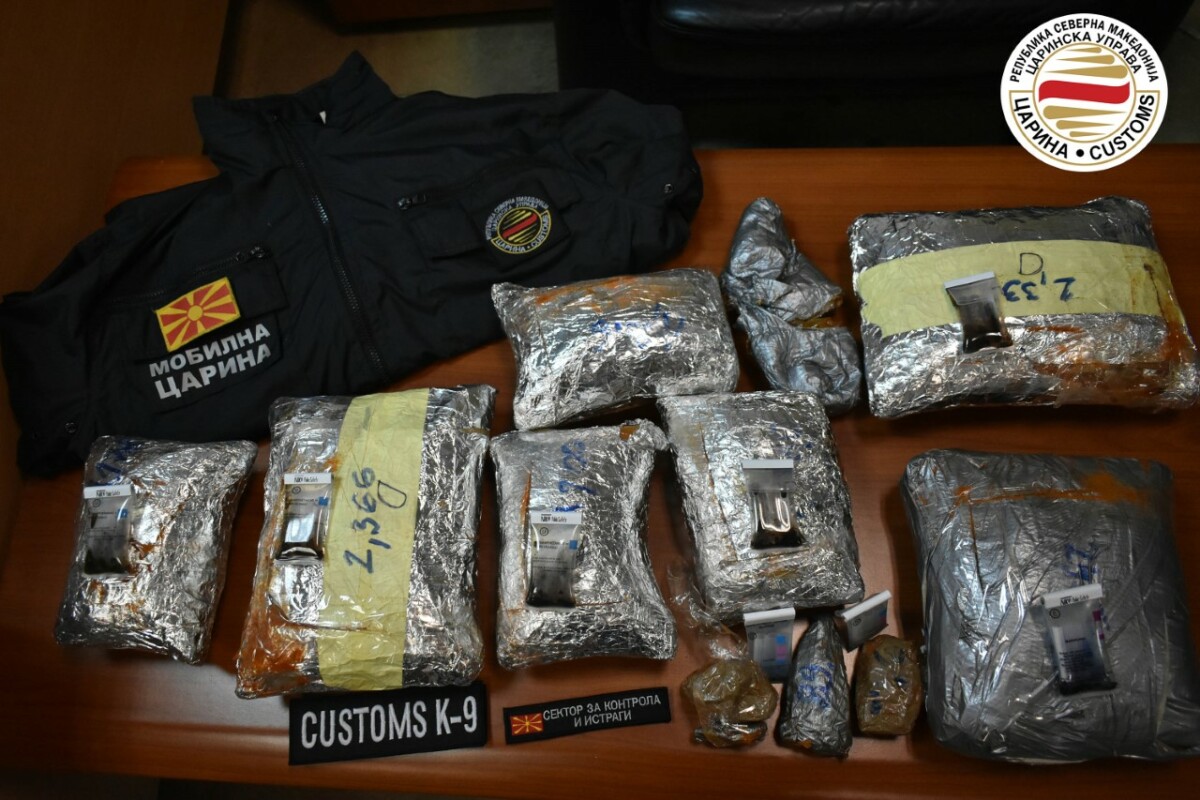 Inspectors from the mobile teams of the Customs Administration seized 26 thousand ecstasy tablets with a total weight of about 12 kilograms, 84 grams of cocaine and 31 grams of marijuana, with an estimated value of 200 thousand euros, which were to be distributed in the country. Additional searches were conducted at several locations and a criminal complaint against three persons was submitted to the Basic Public Prosecutor's Office.

Namely, as announced today by the Customs Administration, the narcotic drug was found on 25.11.2022 in the early morning hours at the entrance to the border crossing Tabanovce, after a customs control with a mobile scanner of a passenger vehicle with foreign license plates driven by a Macedonian citizen.

On the same day, following orders issued for the search of a home and other premises by inspectors from the Control and Investigations Department of the Customs Administration, in cooperation with police officers from SVR Skopje and the Ministry of Internal Affairs-OKP-units for illegal drug trafficking, searches were carried out on several addresses in Skopje and Tetovo. Additional evidence was found and two more people were arrested.

The Customs Administration - The Department for Control and Investigations today submitted a criminal complaint to the Basic Public Prosecutor's Office for Prosecution of Organized Crime and Corruption against three persons for the crime of "Unauthorized production and placing on the market of narcotic drugs, psychotropic substances and precursors" and a measure has been proposed for them. detention for 30 days.

AA will get a Deputy Prime Minister and Ministers of Justice and Health, Director of Customs, IRS and Financial Police?