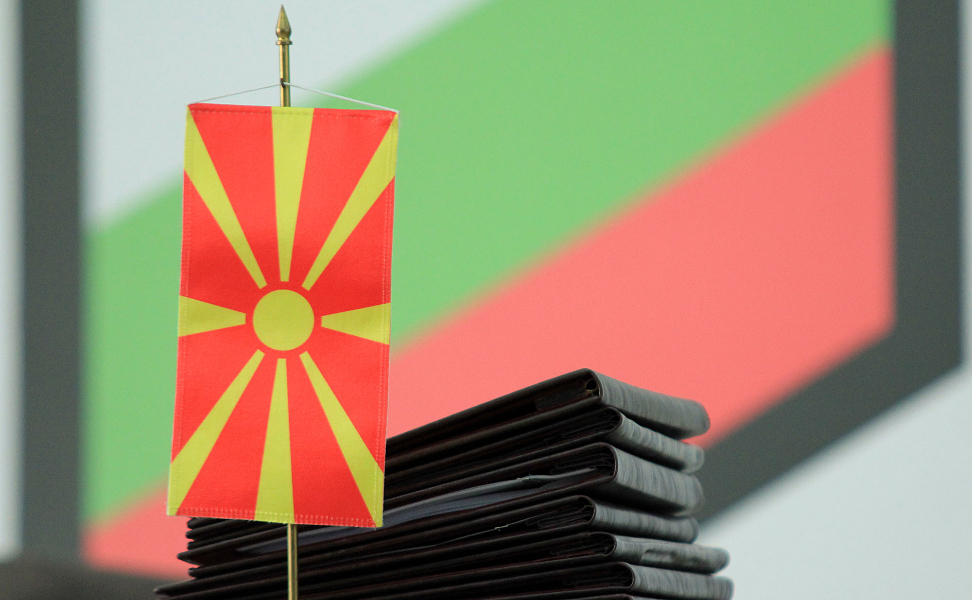 The announcement of the new minister of foreign affairs in the official government of Bulgaria, Nikolay Milkov, that they will bring a written document with tasks for the Bulgarian institutions regarding the bilateral relations with Macedonia caused speculations that Sofia, in fact, wants to impose new conditions on us again. The Macedonian Ministry of Foreign Affairs denied such assumptions and speculations yesterday.

Even after the denial, the opposition VMRO-DPMNE remained unconvinced that Milkov only meant obligations to the Bulgarian institutions and accused that "a new debacle and a new written document with tasks" was happening, so the MP Mile Lefkov again asked the ruling SDSM to check their support in the elections, as well as to hold a referendum.

MFA: There are no new documents from Sofia with new conditions for Skopje

The Ministry of Foreign Affairs claims that there are no new mutual documents between Macedonia and Bulgaria.

"The Ministry of Foreign Affairs is closely following the process of formation of the official government of the Republic of Bulgaria and the development of internal and external policies, while encouraging the significant focus given to our bilateral relations as an important element of the new government as well. "All published information about the internal arrangement, the way of organization, the action plans and the priorities of the new government are the internal affairs of Bulgaria and they do not represent the result of mutual talks," the statement said.

From MPR reject all allegations that new obligations are being prepared for the two countries beyond the agreed principles in the mutual Protocol, which mean reciprocity within the framework of the assumed obligations and autonomy of the joint commission for historical and educational issues.

The new head of Bulgarian diplomacy Nikolai Milkov announced that the Bulgarian MFA will have the task of adopting a written document defining the tasks of the institutions in Bulgaria, with specifically determined obligations in relation to the bilateral dialogue with Macedonia.

– The goal is to achieve a systematic approach, with clearly written tasks and responsibilities, so that results can be expected. I hope that the procedure for such a consolidation will also take place in the Republic of Macedonia, where there is no visible consensus on this issue - said Milkov and added that in Macedonia one party wants and another does not want to cooperate with them, so it is more important for Sofia to establish cooperation with the state, rather than with any party.

VMRO-DPMNE interpreted this announcement by Milkov as a sign that Bulgaria is again sending us demands for fulfillment and accused the Government of hiding from the public.

- Minister Milkov announced a written document that will define the tasks of the various institutions in relations with Macedonia. This means that all the so-called "obligations" for Macedonia will be regulated in writing, and those obligations will apply to the Macedonian institutions - said MP and member of the Executive Committee of the party Lefkov yesterday.

According to him, the document announced by Milkov will be the basis on which Bulgaria will evaluate Macedonia's progress towards the EU according to their terms and according to which it will approve (or not) the continuation of the negotiations.

- Where are Osmani, Maricic, Pendarovski and Kovacevski now to say what this written document announced by the Bulgarian diplomacy contains? Are they going to hide again and bring Macedonia to the brink of a crime? - asked Lefkov.

After this, SDSM also reacted, pointing out that in just five years with a responsible and statesmanlike approach, they realized the two biggest strategic goals of the country, membership in NATO and negotiations with the EU, with the preserved Macedonian language and protected Macedonian identity, and that now that the dust has settled from the hysteria clearly shows all the lies of VMRO-DPMNE.

- There is no assimilation and Bulgarianization. But despite the fact that they have been denied, from the White Palace they continue to spread falsehoods and invent constructions for some new agreements, for new conditions with which they try to disturb the public. Very soon it will be shown that this lie of VMRO-DPMNE will burst like a soap bubble. It is not the first time that VMRO-DPMNE lies when it comes to state and national interests. This party, led by Hristijan Mickoski, has a problem every time the state makes progress in European integration - said yesterday the deputy and spokesperson of SDSM, Darko Kaevski.

The club "Ivan Mihailov" will never "go out"

Macedonian-Bulgarian relations are currently being shaken by the discovery by a German media that the house in which the Bulgarian cultural club "Ivan Mihailov" is now located in Bitola once belonged to a Jewish family that was deported and killed in the fascist Treblinka camp. The Jewish community of Macedonia cannot confirm this at the moment, but in a few days it will be known whether the terrible information of the German national TV service ZDF is true, after the verification procedure initiated by the Cadastre is completed.

- I would not be able to confirm whether the mentioned building was owned by Macedonian Jews in the past. We have started a procedure and are waiting for a response from the competent institution. It is true that opposite the house there is a building owned by the Jewish Community of Macedonia. For now, we do not have concrete information, but believe that we will try to get it - Pepo Levi, the president of the Jewish community, told Plusinfo.

ZDF television recently published a report "Not at any cost in the EU" in which, among other things, Ljupcho Gorgievski, the director of the Bulgarian center in Bitola, answered the author's question whether it is insensitive to dedicate the center to Ivan Mihailov, who collaborated with the Nazis, says that this cooperation was not proven and that for them his role in the history of the Bulgarians in Macedonia is more important, and the history books should have been changed.