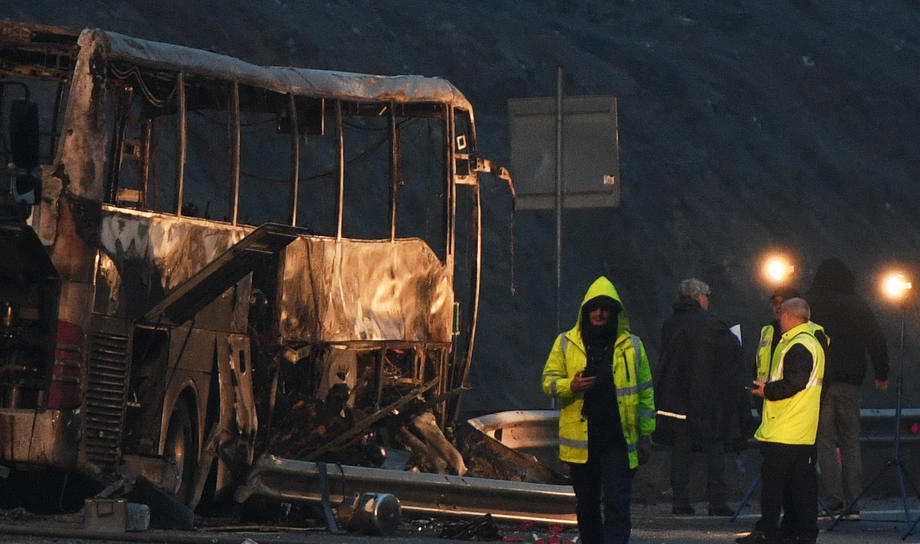 Up to 250.000 leva (125.000 euros) in damages will have to be paid by Bulgaria to the victims of the bus accident on the Struma highway, if the road conditions prove to be the cause of death of the 45 people. After the grief, comes the search for justice for the relatives of those killed in the tragic car accident on the highway "Struma", writes Bulgarian "Blic".

"The blame for the incident is complex, both with the bus driver and the infrastructure in the area of ​​the accident," said lawyer Nikolay Dimitrov. According to him, at the first reading, the driver did not respect the road conditions on which there was reduced visibility. But, on the other hand, it can be proven that the road conditions, ie the infrastructure and its maintenance are to blame for the accident.

If a parallel is made, the tragedy in Svoge, where 20 people died, showed that there were problems in the road, ie its design was problematic. Relatives of the victims can file a claim for non-pecuniary damage.

"The case is complicated because the death toll is huge, and the limits of civil liability insurance on the bus in Northern Macedonia are limited and will not be able to cover all the claims of the claimants." said lawyer Dimitrov.

Calculations show that the money from the insurance will not be enough for even one tenth to cover the damages. Thus, if the guilt of the parent Agency for Road Infrastructure (RIA) is proven, most likely all the heirs will claim damages complaining about the road conditions, because Bulgaria is the place where the accident happened. Experts from Bulgarian insurance companies comment that the amount is expected to reach at least 25m leva (12,5m euros).

Between 100.000 and 125.000 euros can be claimed by each of the parents if their child died in the accident. Adult children without parents can receive up to 100.000 euros for a lost parent, and for a deceased brother, sister, grandmother or grandfather the amount is around 25.000 euros.

The Road Service is often convicted of failing to maintain sections and poor road construction, court practice shows. Civil cases can last about a year and a half, and criminal cases last longer.

According to initial information, several large Bulgarian law firms have already offered assistance to the Macedonian government in protecting the interests of relatives before a Bulgarian court.

VIDEO | Dr. Sofijanova: Threats are disturbing, but the professionals are doing their job

Pendarovski on a meeting with Lirman: Germany is a key political and economic partner of the country