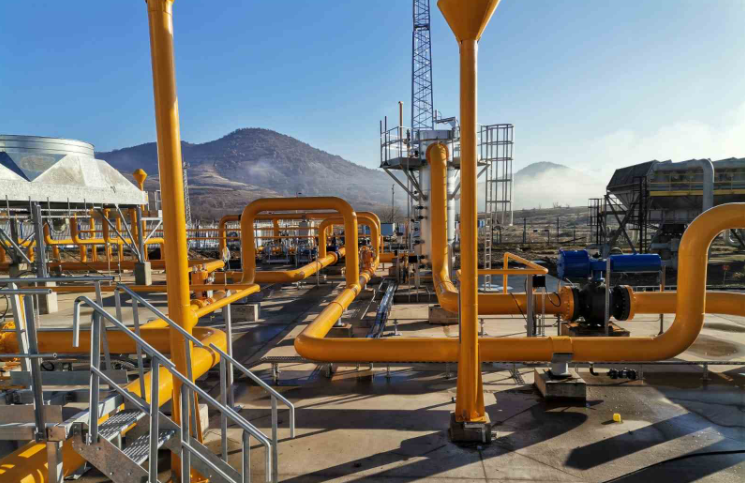 The interim Bulgarian government does not rule out the possibility of negotiating a new long-term agreement with Russia "Gazprom". This betweenдthe rugo said Elenko Bozhkov, the temporary deputy minister of energy of the country, in an interview with the Bulgarian Nova television.

So these days pthere remain widespread suspicions that the caretaker government of the prime minister Hootаб I brought was chosen by the president Rumen Radev with the "task" of bringing Bulgaria back under Russian influence, including agreeing to pay for Russian natural gas in rubles, in violation of EU sanctions.

Bulgaria received most of its natural gas from "Haзprom", but the Russian company stopped deliveries at the end of April because the former government led by Kiril Petkov refused to start paying in rubли. Then the former finance minister Asen Vassilev said that Sofia will not negotiate a new contract with the Russian company, writes BNOT News.

Petkov's government then secured the delivery of 1 billion cubic meters of natural gas from Azerbaijan, with deliveries due to begin before the completion of the Greece-Bulgaria gas link, but only a third of Bulgaria's annual consumption.

Now Bozhkov, from the current government claims that Bulgaria itself is responsible for stopping the supply of "Haзprom because Petkov's government refused to pay for the gas in rubles. The current contract with "Haзprom expires at the end of 2022.

In the meantime the provisional government of Hootаб Donev is thinking about re-signing the long-term contract with Haзprom.

"Gazprom" is an option. At the same time, the negotiations with Azerbaijan started by Petkov's government are suspended until the new team finds out what has been agreed so far - said Bozhkov, adding that he "doesn't see anything wrong with it".

The former Bulgarian Minister of Energy Aleksandar Nikolov on several occasions he offered to help the new government team with information about what was done and what kind of contacts, but he said that so far no one from the new government has contacted him. Petkov accused the new government of deliberately delaying the issuance of the last documents necessary for the full functioning of the Greece-Bulgaria gas interconnector. Once the interconnector is operational, Bulgaria will be able to supply all its natural gas needs without using the supply of "Haзprom. Although the issue of long-term gas supply remains uncertain, the govt in Sofia said that he will try to buy gas in order to smoothly meet Bulgaria's short-term needs.

Otherwise, according to the writings of the Bulgarian media, on Bulgaria misses them around 40 percent on natureen gas that she needs for the residence the winter season. Even though the former government provided seven tankers with liquid natural gas (LNG), the tankers, which Petkov contracted with the USA, need to arrive if the new interim government provides free places for thembut unloadinganje.