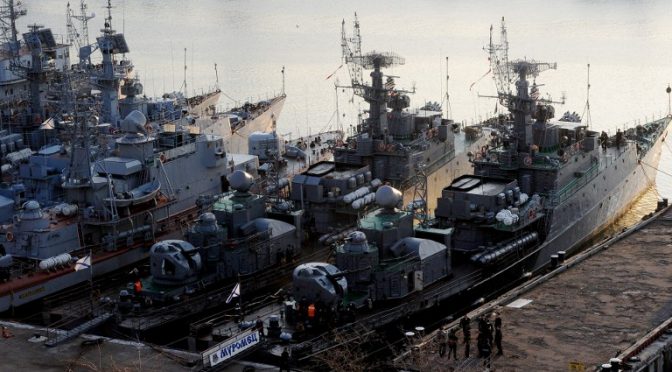 Russia's Black Sea Fleet is struggling to maintain effective control of the sea, with patrols largely confined to the waters off the coast of Crimea, according to the latest British intelligence report.

The Black Sea Fleet continues to use long-range cruise missiles in support of the ground offensive, but maintains a defensive posture, according to the latest notice from the British Ministry of Defense.

The limited effectiveness of the Black Sea Fleet undermines Russia's overall invasion strategy, in part because the amphibious threat to Odessa has been largely neutralized, the intelligence update added.