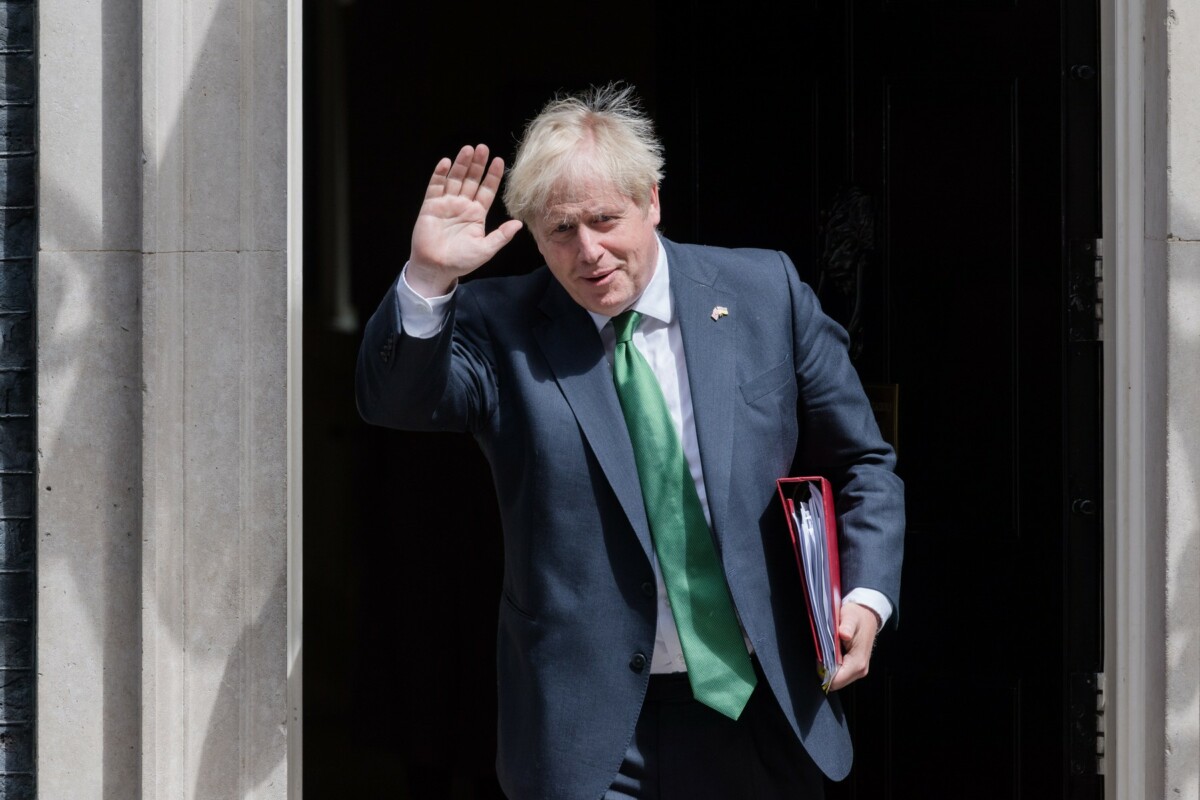 At a time when Britain is going through several crises, including historic inflation and a drought that has hit the island, outgoing Prime Minister Boris Johnson began his second vacation in two weeks and fueled criticism that he is creating a vacuum at the top of the country while he waits for his successor.

In recent weeks, Johnson has missed urgent meetings about the unprecedented heat wave that has gripped Britain, ignored England's celebration of the Women's European Football Championship to enjoy a holiday in the mountains of Slovenia and missed important meetings, London's Independent reports.

Johnson was pictured today at a supermarket in the suburbs of Athens with his wife Carrie, while a lorry carrying his belongings was parked outside his London residence at 10 Downing Street.

"The prime minister is on vacation this week," confirmed his spokesman and pointed out that even when the prime minister is away, he remains "informed about all urgent issues and makes decisions," especially when it comes to matters of national security.

Johnson's holiday in Greece has been organized as the British public expects the current prime minister to keep his promise to stay in office until a new leader of the Conservative Party is appointed.

Only two candidates remained in the competition for the leadership position of the Conservatives, the current head of diplomacy Liz Truss, who is considered the favorite, and the former finance minister Rishi Sunak.

The British political public blames Johnson for the absence at a time when his countrymen are suffering from a sharp increase in the cost of living, especially from huge increases in the price of electricity and petrol, and a growing number of workers are on strike over low wages. and the bad working conditions, write the British media.

Forecasts of further price rises in October and then January, along with the central bank's warning of the scale of the crisis ahead for the British economy, prompted numerous calls for urgent action.