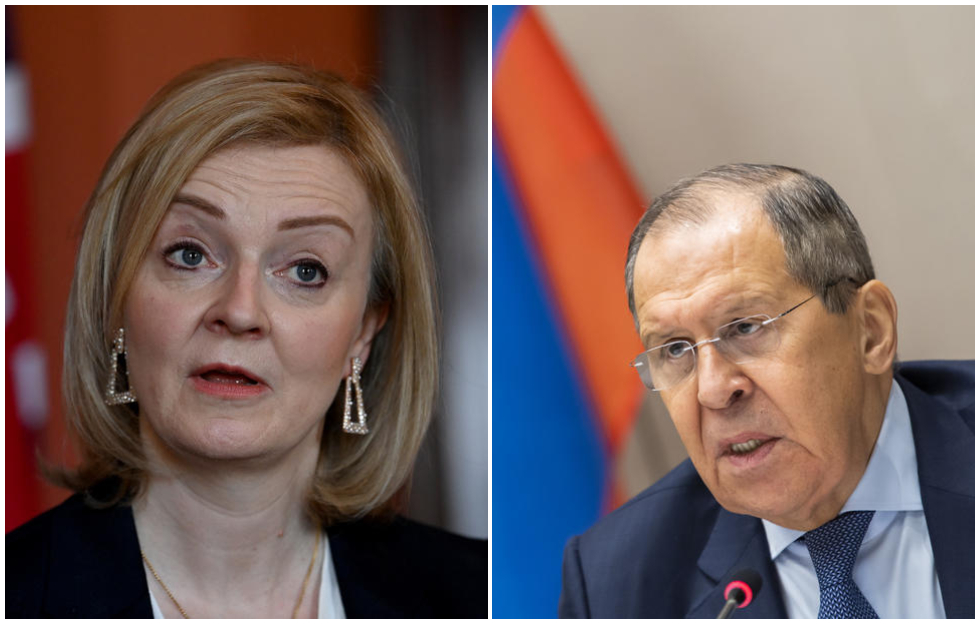 The Foreign Ministers of Britain and Russia, Liz Truss and Sergey Lavrov / Photo collage of the WC / EPA

The planned visit comes at a time of heightened tensions between Russia and the West over Ukraine. Lavrov and the US Secretary of State Anthony Blinken did not make any progress in talks on the issue this week, but agreed that talks should continue to resolve the crisis that has sparked fears of a possible military conflict around the world.

"The British Foreign Secretary has asked to be given the opportunity to visit Moscow, where she will hold talks with Lavrov. "Moscow agreed to visit it in February." The Russian Foreign Ministry did not immediately respond to a request for comment by Reuters, and the British Foreign Office declined to comment.

A senior source in the British Ministry of Defense said on Saturday that the Russian Minister of Defense Sergei Shoigu he also agreed to talk in Moscow with his British counterpart Ben Wallace. Shoigu invited Wallace to Moscow on Friday, and Wallace extended a similar invitation to his Russian counterpart earlier this week to visit London for talks.

"The defense minister is pleased that Russia has accepted the invitation for talks. Given that the last bilateral talks on defense issues between our two countries took place in London in 2013, Russian Defense Minister Sergei Shoigu offered the meeting to be held in Moscow. "He said he would try to explore all ways to achieve stability and resolve the Ukrainian crisis," the source said, adding that the timing of the meeting had not yet been confirmed.

Britain and NATO are worried about Russia

Britain and its NATO allies have expressed deep concern over the accumulation of Russian troops on the border with Ukraine and warned the country's leadership of serious economic consequences if it goes on the offensive.

Russia denies plans to invade Ukraine, but seeks legally binding security guarantees from the United States and NATO. Britain announced on Monday that it had begun sending anti-tank weapons to non-NATO Ukraine to help the country defend itself against a potential Russian invasion.

Biden has approved the redeployment of US troops to Somalia

More than 8.000 migrants have arrived across the English Channel this year