Is Brussels losing the fight with the Kremlin over gas? 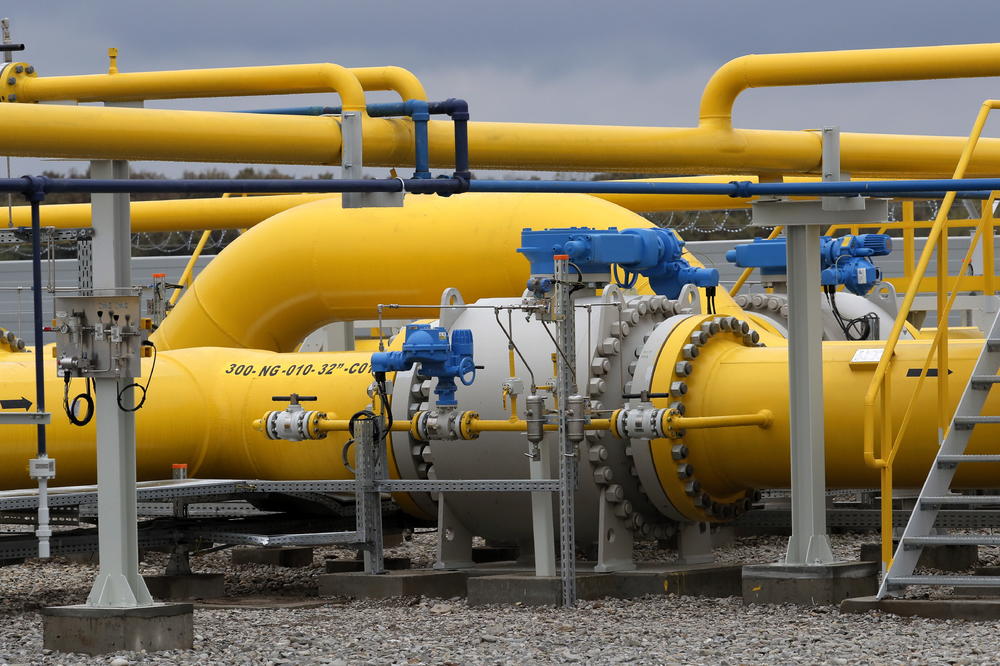 Twenty European energy companies opened accounts with Gazprombank yesterday and are already paying for gas under Moscow's new regulations, at a time when the ruble has strengthened against the euro. Bloomberg.

European energy exchanges continued to cut natural gas prices for the third day in a row yesterday (around 88,92 euros per megawatt-hour), after it became clear to them that Brussels seems to have lost the competition against the payment in rubles. After at least 20 European energy companies discreetly met the requirements of the Kremlin chief's March decree, Vladimir Vladimirovich Putin, ie opened two accounts in Gazprombank, one in euros, and the other in rubles, and those channels settled the incoming liabilities, Brussels revised its guidelines for further transactions in the business of European energy procurement.

"Twenty European companies have opened accounts with Gazprombank to replace payments in euros for rubles, while 14 other companies have requested the necessary documentation for such transactions."

At the end of April, the President of the European Commission, Ursula von der Layen explicitly warned the European energy sector in its business with Gazprom not to open accounts in the banks of large Russian companies. Leading suppliers in the German, Italian and other national markets in the EU were then faced with the dilemma of whether to abide by Brussels' political dictates when their Gazprom bills arrive in late May, or risk the fate of Poland and Bulgaria, for which Moscow has decided to cut off Russian gas supplies.

Gazprom, meanwhile, recently eased the situation for European customers (who determines the exchange rate of the two currencies) by announcing that the Central Bank of Russia, which is under Western sanctions, will not be involved in the valorization of money, but that transactions from euros to rubles will be made through an account at the Russian National Clearing House.

Faced with swift maneuvers by a number of European energy companies, unprepared to give up gas business with the Russians, the Italian prime minister Mario Draghi said that nowhere does it say that it is forbidden to continue buying energy from Siberia. Restless and at the same time increasingly aware of the dire economic and financial consequences of the five packages of sanctions against Russia on economic growth and inflation in the EU, Brussels last Friday, behind closed doors, dropped its threats to the domestic energy sector.

In a statement Monday, the EC said the sanctions did not prevent companies from opening accounts in a particular bank, they could pay for Russian gas as long as they did so in the currency of existing agreements. According to Brussels' instructions, European energy companies should make a "clear statement" that when making payments in euros or dollars, they consider that their obligations under existing agreements have been met. To whom should the "statement" be given by the companies in question and possibly at what point, it remains unclear.

Yesterday, however, Brussels tightened its negotiating position on the EU energy sector. "Opening a ruble account in a Russian bank to pay for gas would violate sanctions against Moscow," an EC spokesman said. Meanwhile, Ursula von der Layen's intention on May 4 that the EU would impose a total ban on Russian oil business "in the next few days" is increasingly in question after a series of failed rounds of EU member states negotiating a "sixth package of sanctions". Which was supposed to include the oil embargo.

Hungary does not want an embargo

The Hungarian Foreign Minister Peter Sijarto after the final round on Monday, he noted that "Budapest has not received any serious proposal from the EC on that occasion." According to Sijarto, Hungary needs at least five years and between 15 and 18 billion euros of new investments to abandon the announced veto of the "sixth package", to wean the domestic economy from Russian oil and to technically adjust to the still unknown new energy. Budapest is very interested in how much of that money it is willing to provide to the EC.

Besides Hungary, at a meeting in Brussels on Monday, the Bulgarian Prime Minister Kiril Petkov warned that his country was not ready to "fall from zero to 90 percent of its dependence on Russian oil and gas overnight". The fate of the Brussels idea of ​​an oil embargo on Russia is uncertain for now. Joseph Borrell did not sound optimistic on Monday: "Hungary has cited economic rather than political reasons for its resistance. "It is uncertain whether the adoption of the 'sixth package' will take one, two or more weeks."

Brussels expects the issue of the oil embargo to be resolved by adopting the format of Von der Layen's proposal at an informal meeting of EU leaders on May 30th and 31st.

The latest proposal from the other side of the Atlantic may indicate that Brussels is in a kind of "deadlock" when it comes to the announced embargo. Namely, official Washington announced that at the upcoming G-7 summit this week it will propose European countries to impose tariffs on Russian oil as a faster alternative to the full oil embargo. Reuters.

First meeting between Kovacevski and Mickoski tomorrow at 15 pm, topic – the French proposal

Police officers from Ohio killed another African-American, the residents announced a protest for tomorrow

A missing mother with three children in Minnesota, the bodies of two of the children were found in a lake

Three strong earthquakes have destroyed several villages in Iran, there are also dead

PHOTO | "But pasaran, we shook hands, they want our soul": Gallery from the protest in front of the Government