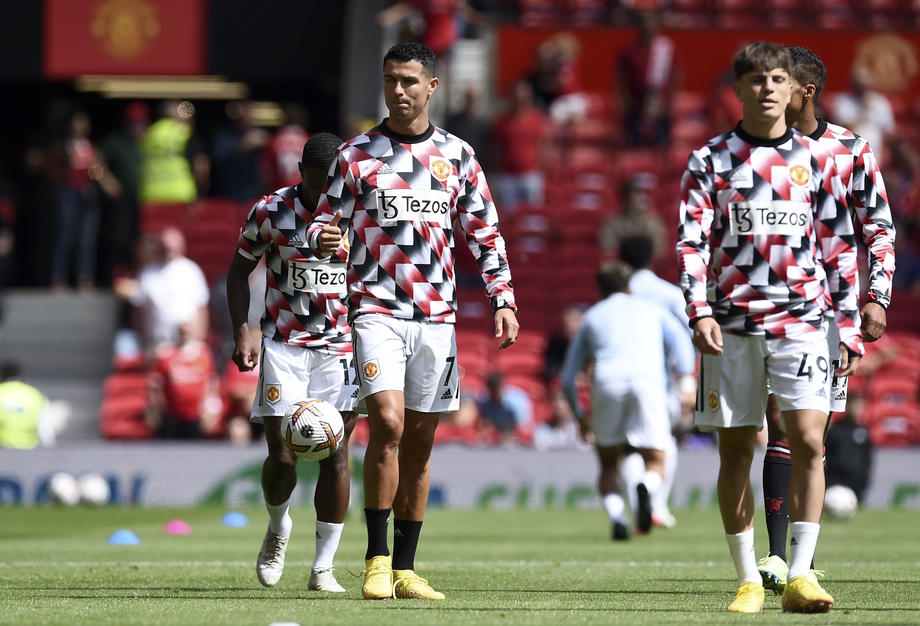 A disastrous start to the season for Manchester United/photo: EPA-EFE/Peter Powell

The players of Manchester United experienced a real humiliation in the second round in the Premier League, losing convincingly 4:0 in the visit to Brentford.

To add to United's misery, Brentford scored all four goals in the first half and left the "red devils" clean after two rounds in the Premier League, after being surprised by Brighton 1:2 at the start.

Although Cristiano Ronaldo was in United's first team, the home players were the better team, and they had "great help" in scoring the first two goals from Manchester United's goalkeeper, David de Gea.

In the tenth minute, Josh Dasilva shot from the edge of the penalty area, but a disastrous intervention by De Gea, whose ball went through his hands, gave Brentford the lead.
The disastrous reaction of De Gea and his teammates from the defense was used by Matthias Jansen to make it 2:0 in the 18th minute.

by the end of the first half, Brentford scored two more goals, first Ben Mee in the 30th minute to make it 3:0, and the final result was set by Mbuemo in the 36th minute.

The home footballers "had mercy" in the second half, did not score a goal, but also did not allow United to create a single serious scoring chance.

After two rounds, Manchester United has two defeats in the Premier League and a goal difference of 1:6, and in the next round it awaits the biggest English derby against Liverpool.

Wenger: Arsenal could win the Premier League title this season

Ristovski to the Bulgarians: Welcome to Macedonia, now it's our European turn to welcome you

VIDEO: Croatia and the Netherlands are the first participants in the Final Four tournament in the League of Nations

Bardi: We score goals for the clubs, and here either it doesn't work for us or the ball doesn't like us