The Brazilian attacked ковиokovi:: He provoked me on the field 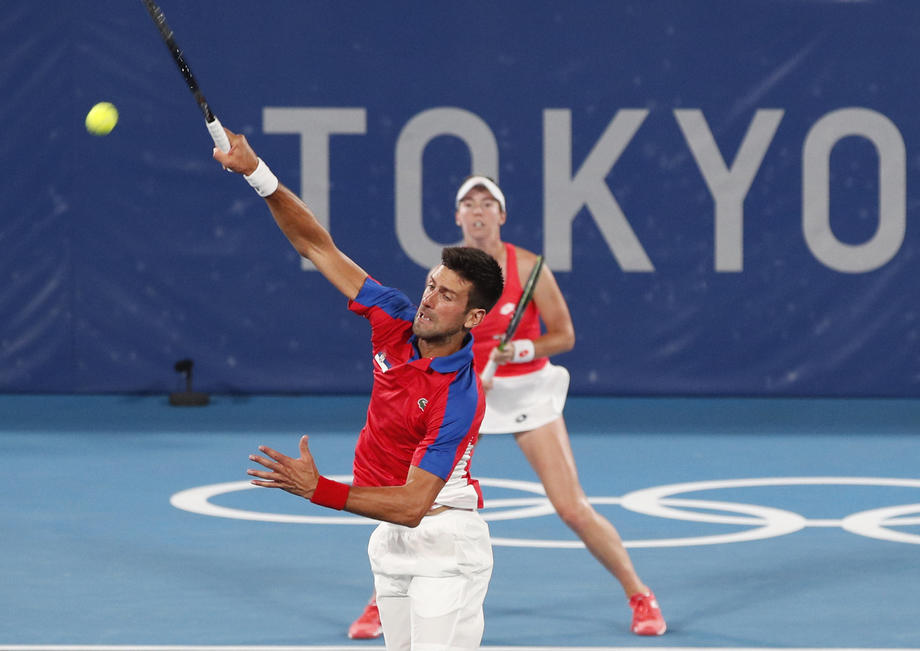 Novak ковиokovi се placed in the second quarterfinal of the Olympic Games in Tokyo this morning, after he did the same in mixed doubles after a single.
Ковиokovi заедно together with Nina Stojanovi сла celebrated over the Brazilians Marcelo Melo and Luiza Stefani with 6: 3,6: 4, and after the match the Brazilian tennis player attacked Novak.

Melo thinks that ковиokovi. Provoked him on the field, that is, he celebrated some points too loudly, and that he behaved unsportsmanlike towards the Brazilian team in the stands.
- It surprised me, but in a negative way. There was no need for such a thing. Two days ago, he made a video in which he talked about Brazil and the Brazilians, about our energy, and now he behaves like that… There was a spit directly in my back that he did not have to play like that. But this is tennis and everyone tries to play as they please, I personally would not play like that - andreported Melo who then pointed out that ковиokovi еден celebrated one point by looking directly at him.

- There are things I can not understand. How and why? We did nothing to deserve it. At one point he almost hit Louise. These are the Olympics, everything happens on the field, but what Novak is doing should have certain limits. I do not want to create controversy and controversy, but everyone who watched the match and knows how to read between the lines, then knows what I am talking about.

Djokovic himself was surprised to learn what Melo had said.
- Melo said that I provoked him? Seriously? "I really have no comment on that," Djokovic said briefly.
Tomorrow morning, Novak ковиokovi ќе will play in the quarterfinals in singles competition against Kei Nishikori, and then in the quarterfinals in mixed doubles with Nina Stojanovi против against Lausa Sigemund and Kevin Kravitz.

VIDEO: This is definitely the craziest goal, Destro shook Verona's net with a bottle in his hand

Real Madrid did not score for the first time this season

Pandev "resurrected" Genoa, but in the finish he was left without a victory

Simic: We are a new team, our inexperience ruled us

MZT Skopje through Rabotnicki to the Super Cup

The committees got angry after the new kick of Vardar

Brentford gave three goals to Liverpool and came to a point