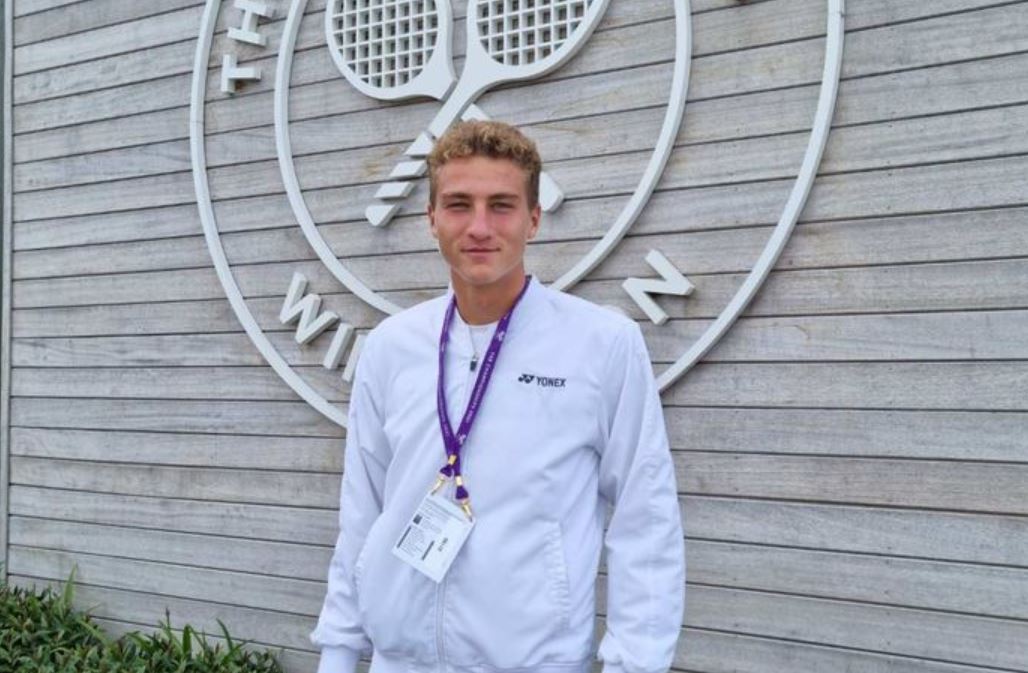 The talented Macedonian tennis player Kalin Ivanovski continues with his excellent games at Wimbledon in the junior competition, where he secured a place in the quarterfinals today. In the round of 6, Ivanovski beat eighth seed Edas Butvilas in three sets with 4,5:7,6, 0:XNUMX, XNUMX:XNUMX.

Have you ever seen a match point like this? 😯

Kalin Ivanovski with an audacious tweener served to seal the win in the boys' singles draw#Wimbledon pic.twitter.com/oOiTgAwXdE

Kalin once again demonstrated an excellent game and was better than his opponent, and he confirmed this with a convincing triumph in the third set, which he won with a maximum of 6:0. Ivanovski had 38 winners against Butvilas' 25, scored 26 points by going to the net, and used five of 13 break points.

Moreover, he had a better percentage of points won than his opponent, 73 against 69 percent on the first serve, and 56 against Boutvilas' 37, and in the end he won 102 points, even 13 more than the Lithuanian.

In the first set, one break was enough for Ivanovski to triumph with 6:4 and take a 1:0 lead in the sets. With an excellent game, Ivanovski continued in the second set as well, leading with 4:2, but he allowed his opponent to equalize first, and then in the 11th game with a score of 5:6 to make another break for 5:7 and equalize at 1:1 in sets.

The loss of the set did not leave any consequences in the Macedonian's game, but with a maximum score of 6:0, he secured his place in the quarter-finals, where he will face a duel with the better of the match between Artnak from Slovenia and Rodenas from Spain.