Boško Lepčeski: Galician masters make a brand, but the cheese is not paid as much as it is worth 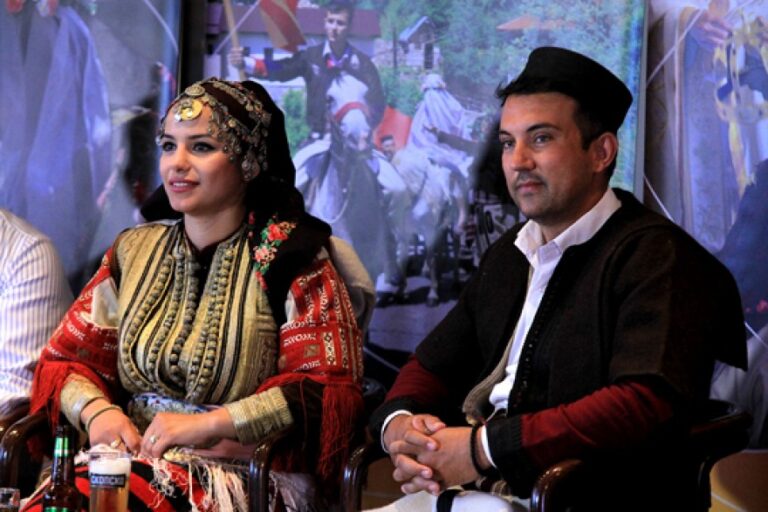 Galician traditional sheep cheese is unique - from the place where the sheep graze to the way and who makes the cheese, popularly known as "bach", to the "dairy", that is, the place where the sheep are milked and the milk is processed, the hygiene in the barns, the acidity of the milk , temperature and storage - he says Boshko Lepceski for „espresso.mk", producer of Galician sheep's cheese.

Galician is in his mouth and in his heart. He comes from there, lives in Skopje, but thousands of visible and invisible threads tie him to this mountain lump nestled on the slopes of Bistra, the celebrated village with traditional architecture, one of the two oldest washing villages in the region. And as soon as we think of Galicnik, we immediately think of, mmm..., the Galician cheese of the Lepcheski family and their green yard next to the Galician house with a beautiful view of the church "Saints Peter and Paul" and the surrounding mountain range.

- You can imagine how much effort and resources were invested in the past when Galicnik was settled, with the technology of that time to build huge houses amphitheatrically placed on a mountain landscape with a rocky area - reminds us Boshko Lepceski, producer of Galician sheep's cheese and guardian of the Galician tradition.

Why visit Galicnik (s) this summer?

The temperature difference with the cities is, above all, a motive to escape from the summer heat. Unlike the winter period, when Galicnik is impassable, in the summer Galicnik offers many activities, such as hiking, cycling, riding a moped on four wheels, visiting the museum and churches... Galicnik cultural summer is held in Galicnik with many events and festivals.

When does Galicnik live his most luxurious moments of the year?

- A Galician experiences its climax every St. Peter's Day, in July, which is the day of the magnificent costumes, ezgies, magnificent rites and rituals of the only Galician wedding. Whoever has not stayed in Galicnik, has not experienced Macedonia in its entirety. Galicnik is nature, history, active tourism and love in one. Galicnik is a place that will not leave anyone indifferent.

In 2017, you were also a direct participant in the Galician wedding when you married your chosen one, also originally from Galicia, Tanja Chalovska. What experience did you get from that kind of open-air theater, attractive to both domestic and foreign guests?

- It was a pleasure and an honor to continue the centuries-old tradition, with Macedonian original songs, zurli and drums, with the colorful folk costumes that captivate with their filigree precision and accuracy, by performing the customs of the past in order to preserve them from oblivion. The spirit and genesis of the Galicians is reflected through the Galician wedding, which presents an open-air theater with many original, unique and unrepeatable rites and rituals. I am pleased by the fact that from year to year the interest in the participation of young people in the Galician wedding has increased.

Being in Galicnik and not trying Galician cheese is like being in Paris and not seeing the Eiffel Tower. What makes Galician sheep cheese recognizable and, according to many, the best cheese from our climate?

- Years ago, the "brand" of Galicnik was Galician cheese and cheese. Doing this activity involves two periods, summer and winter. In the summer when the sheep graze on the beautiful slopes of Mount Bistra and in the winter when the sheep are taken to the warmer parts of our country.

What does the process from pasture to table look like in brief?

The path from cheese processing to the table is difficult, taking into account the placement, the infrastructure, i.e. the transportation of the cheese from the vat to the places where it will be sold, as well as the price, because the quality of mountain sheep cheese cannot be compared to that of industrial cheese. the obtained that is sold in markets. In any case, Macedonia should be proud of this product from Galician masters, which we can safely say is a brand.

Is the labor paid for the value of the cheese?

Galician traditional sheep's cheese is still not paid as much as it should be, compared to how much work and skill is needed and how many sheep or liters of milk are needed to make a kilogram of cheese.