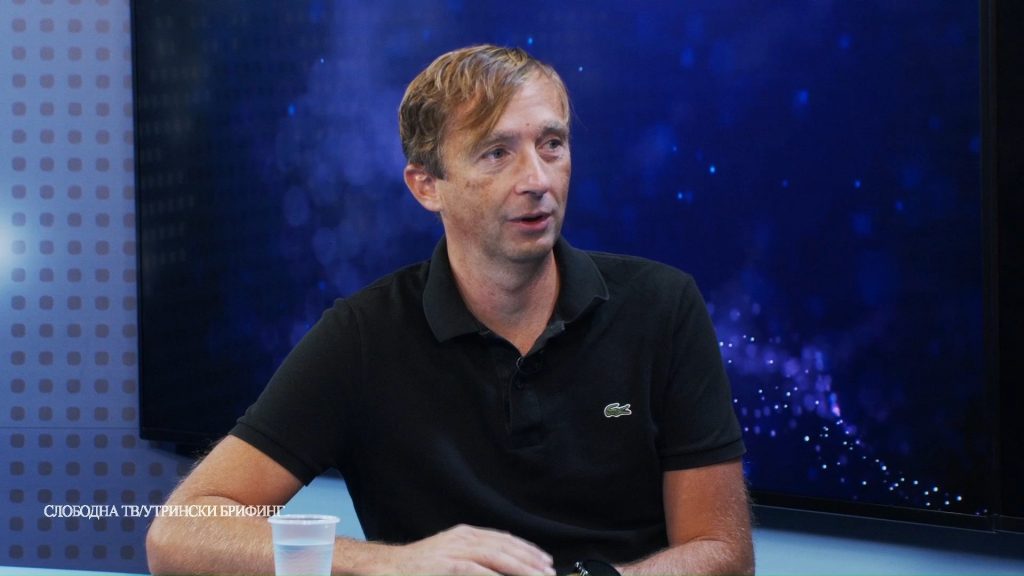 Recently, the film "The Effect of Happiness" by director Borjan Zafirovski won the 11th edition of the Balkan Film Festival in Pogradec, Albania was named the best film in the competition of 40 films. The film had its premiere at the end of 2019, shortly after the pandemic occurred, cinemas closed, festivals were postponed.

He explains that the film was inspired by the Balkan film industry, which still deals with a certain type of filmmaking.

"We realized that it sells best, now Italian colleagues have commented that those films are like filmed news. The starting point for Zafirovski's film was Goethe's book The Sufferings of Young Werther. "The book is known for causing a Werther effect, a negative domino effect in some art. When the book was published, in some countries the suicide rate rose by 30 percent. I thought that if there is something in art like the Werther effect, then there must be something opposite, some positive art that creates a positive domino effect. "I called that effect the happening effect and that is the main topic," said Zafirovski.

He says that the newer generation of Macedonian filmmakers is already tired of bloodshed, wars, violence, something that is considered typical of Balkan films. The new generation is already tired of the old topics and it is good that a new wave is emerging from which I am positively surprised and happy for my colleagues because I know how difficult it is to achieve that success, so that all together, there is a whole new generation of directors which works well and luckily the conditions have been created in the Film Agency for people to have the opportunity to achieve a lot with very little. It's like people playing football for the second time to qualify for the European Championship. Inevitably, a new aesthetic comes to the Macedonian cinematography, which builds on the previous films, on the achievements of the previous generations, but builds its own approach and we will still see the results and the fact that a system has been created in the Film Agency. Now we meet distributors who tell me - this is not a typical Balkan product, we would not know where to sell it, so we like the film, but how to have a brand that we produce, what kind of film we produce.

They often say to me: 'Borjan, if we want a love drama, we will take it from France, and if we want a social drama, we will take it from you. "So those clichés are still present, but I think we should and will violate the values ​​set in that way," Zafirovski said. The new film project of the director Borjan Zafirovski is a film entitled "Aquarium" which he is working on together with Dejan Dukovski and plans to shoot next year.