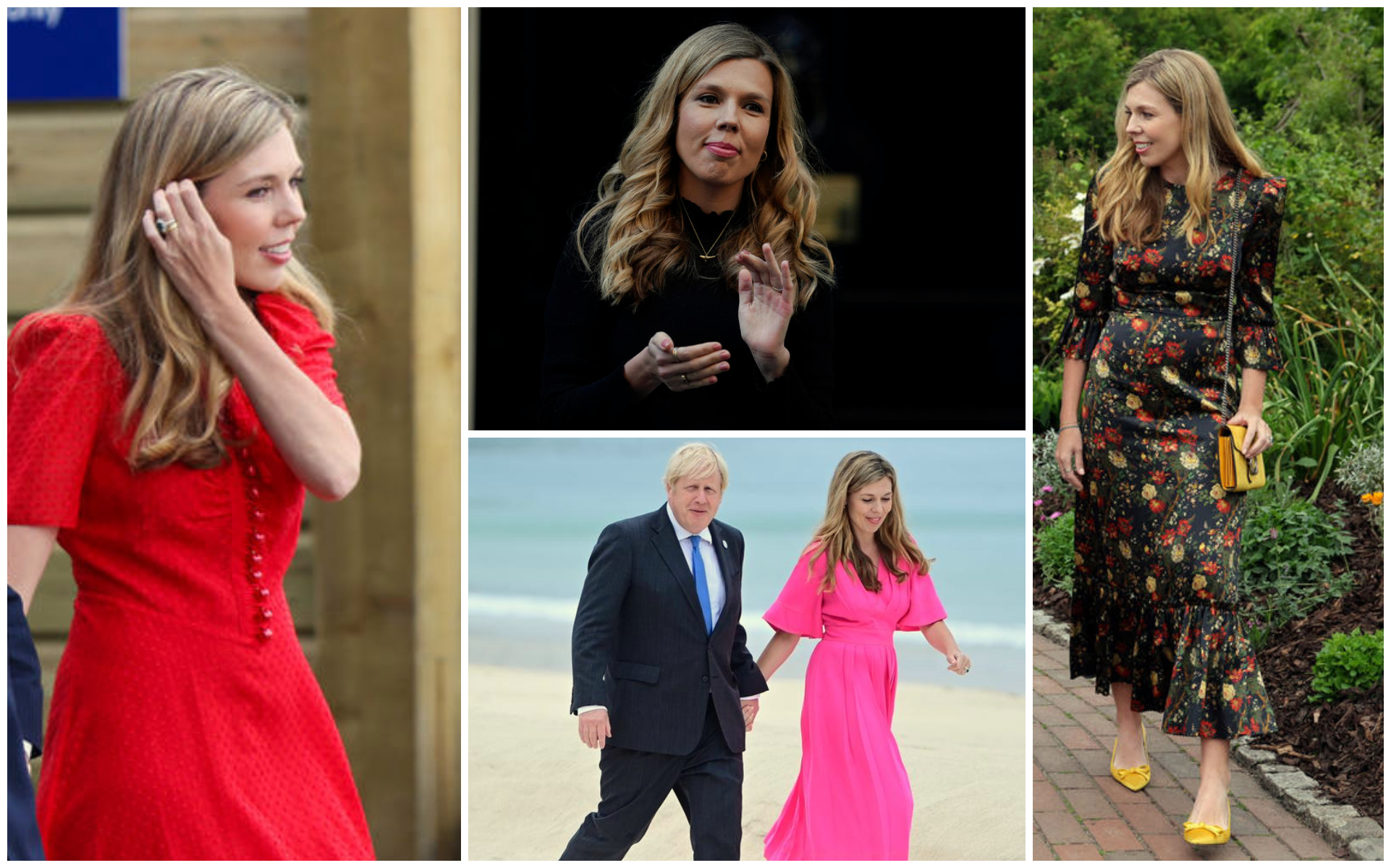 She used to work as a PR for the Conservative Party, and today she is the wife of the Prime Minister of the United Kingdom, Boris Johnson. Who is Carrie Simmonds, the woman who caught the attention of the world overnight?

The Prime Minister of the United Kingdom, Boris Johnson, 55, recently secretly married 33-year-old Carrie Simmonds. The couple got married in Westminster Cathedral in front of a small group of close friends and family.

They also announced that they will have a bigger celebration in 2022, when the measures introduced due to the pandemic will be reduced.

Boris and Kerry already have a son, Wilfred, who was born just months after the couple announced their engagement in February. They named him after the doctor who saved the life of Boris, who was infected with the coronavirus. For the wedding, Kerry shone in a bohemian lace dress and wore a wreath of flowers.

Who is Carrie Simmonds?

Even before her relationship with the politician, Kerry was known in high London circles because she was involved in public relations for a long time. Her parents are Matthew Simmonds, one of the founders of The Independent, and Josephine McAfee, who was one of the best lawyers in London by profession. Simmonds grew up surrounded by luxury and attended prestigious schools in the UK.

She studied art history and theater studies. She graduated in 2009 and became the Conservative Party's PR the same year. However, in 2018, she resigned and now works in a non-profit organization for the protection of the ocean.

The relationship with Boris

The couple's love affair was confirmed when Kerry first appeared in public with Boris to support his candidacy for prime minister in June 2019.

However, rumors in the tabloids about their relationship have been circulating since 2018, when Simmonds allegedly boasted to friends that she spent Valentine's Day with Boris in a British village.

According to the "Mirror", Boris then promised Kerry that he would protect her and apologized for dragging her into a media storm. Kerry moved in with Boris on Downing Street when he became prime minister. They were the first unmarried couple to live in a famous residence.

John Worboys is a former taxi driver convicted of sexually assaulting several of his passengers. Simmonds testified at the 2009 Vorboa trial because she was one of his victims in 2007, when she was just 19 years old.

That night Simmonds rode with him on his way back from the Kings Road nightclub. He offered her champagne and vodka, and Simmonds believes the drink contained rape drugs. She remembers vomiting and laughing hysterically before fainting. The next day she barely made it home. A total of fourteen women testified against Vorbois at the trial.

Gaffe: Will the Bulgarian prime minister-designate revise the Prespa Agreement?

These are the most arrogant Hollywood stars according to Reddit users

SSHI: At a party in Prilep, all the guests were poisoned by burgers bought in the butcher shop "Charisma"

The Tokyo earthquake caused panic in the Olympic Village

The pope, the carrot and the stick

Electronic instead of printed diaries

We owe 7,4 billion euros, and we will have to patch ourselves with new loans