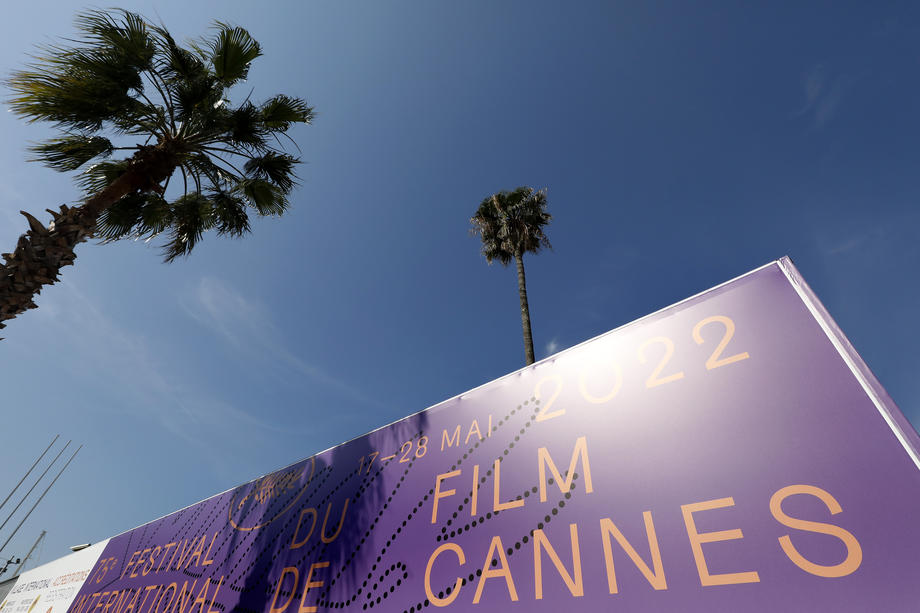 David Bowie, Elvis Presley и Jerry Lee Lewis are just some of the legends that will mark the 75th Cannes Film Festival which starts on Tuesday.

The world's largest film festival is always striving to strike a balance between serious feature films and entertaining films.

For their diamond jubilee, several films will be screened that are sure to satisfy a wide audience, so Tom Cruise arrives on the French Riviera at the European premiere of "Top Gun: Maverick", a sequel to its 1986 megahit.

Emphasis will also be placed on music legends. The extravagant Australian director Baz Luhrmann will present his film "Elvis", and visitors will have the opportunity to see the new documentaries about David Bowie entitled "Moonage Daydream" and rocker Jerry Lee Lewis entitled "Trouble in Mind" by Ethan Cohen.

These films will not be screened in the competition part of the festival, and for the main prize, The Golden Palm, many other legendary names will fight, including the Canadian master of horror movies David Cronenberg.

The 79-year-old director returns to his genre with "Crimes of the Future", in which Kristen Stewart, Lea Sejdu и Vigo Mortensen turn horrific surgical changes into a sex-filled art performance.

Meanwhile, the American director James Gray nostalgically returns to his youth in New York in the movie "Armageddon Time" with Anne Hathaway and Anthony Hopkins in the lead roles.

One of the most famous French directors, Claire Dennis returns with the thriller "The Stars at Noon", which takes place in Central America and plays the lead role Robert Pattinson.

With some last-minute titles added, a total of 21 films will compete for the Palme d'Or, with some winners from previous years among the contestants: the Darden brothers from Belgium, the Swede Ruben Ostlund and the Japanese director Hirokazu Korida.

Only five films are directed by women, but for Khan this is a record in the main competition. Among them is and Kelly Reichard, a favorite of independent films, who will present the film "Showing Up" with Michelle Williams in the lead role.

Last year Julia Ducurnau became only the second woman in the history of the festival to win Palma for the film "Titane".

The war in Ukraine is an inevitable topic

A special festival day will be dedicated to Ukrainian filmmakers, and the director Sergei Loznica will present the film about the bombing of German cities in World War II.

The Russian director is also competing for the main prize Kiril Serebrenikov, who did not attend the previous two awards due to a politically motivated verdict of embezzlement in Russia. Now in exile, the director recently told AFP that he felt "horror, sadness, shame and pain" over the invasion of Ukraine, which he considered a "suicide act" by the Russian government.

In addition, the festival will celebrate the return of the director of "Mad Max", George Miller, who returns with the movie "Three Thousand Years of Longing" in which he plays Idris Elba.

Actor and director Ethan Hawke will correct the nostalgic atmosphere with his new documentary "The Last Movie Stars", which follows the lives of Paul Newman и Joan Woodward, the golden Hollywood couple of the 1960s.

This year's honorary Golden Palm will be awarded to the American actor Forrest Whitaker, best known for his role in "The Last King of Scotland".

The famous film festival starts tomorrow, May 17, and will end on May 28, Saturday.

It is rumored: Johnny Depp again as Jack Sparrow for $ 301 million

"Top Gun: Maverick" has grossed over $ XNUMX billion at the global box office

Game of Thrones spin-off will be filmed: Keith Harrington will reprise the role of John Snow

Nia Vardalos: We are shooting the third film in the franchise "My Big Fat Greek Wedding"

Conversation with part of the crew of the Turkish series being filmed in Skopje: Our motto is life together

Oscar winner arrested for sexual abuse: This is not the first time he has faced such charges