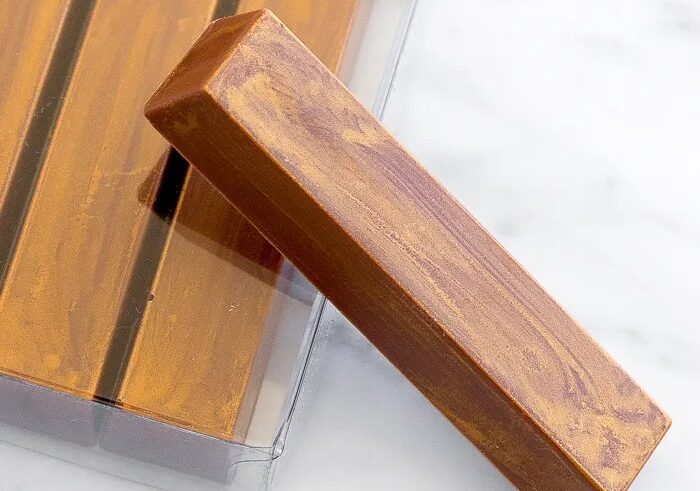 When it comes to chocolate, blonde chocolate is a new kind of what we love!

As we are used to calling blonde girls "blondes" and we do not think much when we say that - the problem arises when we try to apply the same principle, for example, to blonde chocolate. Blonde chocolate is everything, just not blue. She is golden.

Blonde chocolate is also called golden chocolate or "fourth taste". It is obtained by heating white chocolate to a higher temperature than usual and by boiling it longer, until it passes what is known as the "Maylard reaction". This gives it a warm beige hue and a rich flavor of fried caramel.

It was invented by chance, when the chocolate confectioner Valrona forgot to leave a bowl of white chocolate on the fire for hours. Upon his return, he discovered that he had created a new taste. That was almost a decade ago, but only recently have big brands embraced the existence of blonde chocolate, and its popularity has grown by 597 percent over the past year, according to Mars Wrigley.

Good blonde chocolate contains at least 20 percent, and often more than 30 percent, cocoa solids. Sugar and solid milk are caramelized, which offsets the sweetness, which can be liked by people who do not like white chocolate. Blond chocolates have a slightly higher price if they are from a handicraft production. But there are also cheaper ones, but their taste is a bit more synthetic, and we can assume that it will be a little sweeter. The real blonde should be toasted, not just have added flavors. Words like "caramelized" are a good sign, but "caramel white chocolate" should arouse suspicion.

What is the shelf life of chocolate? And can we eat what turned white?

These "blondes" melt nicely in the mouth, and the taste is warm and deep, usually with notes of caramel. What could be stronger, like heavily caramelized sugar in a pan or weaker. The color can vary from light to dark, and the color is created by the Maylard reaction, a process similar to caramelization (but not caramelization!), Chocolate can be greasy or less greasy, depending on the manufacturer. Worse blond chocolates taste like white chocolate.

From the kitchen of the young Davor Pancevski: Quick pie with potatoes and leeks

Someone in the mood for a "lion's head"? Pork meatballs with an unusual name and even more unusual taste

Sashka and Sashko prepared beetroot and buckwheat crackers for us: Healthy, tasty and easy to prepare!

A different chicken soup: Soto-Medan is a warm exotic hug