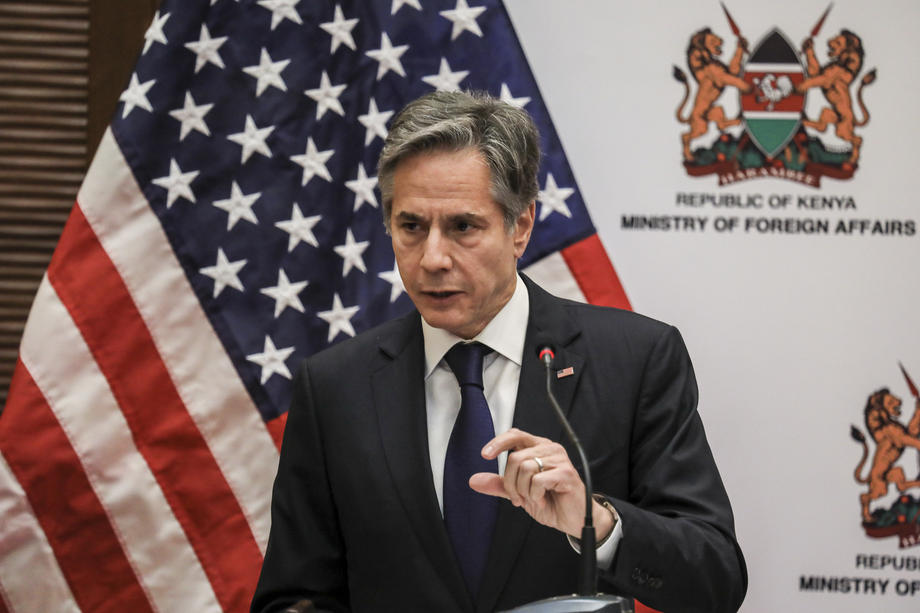 During a visit to Kiev, US Secretary of State Anthony Blinken said today that "Russia can invade Ukraine virtually without warning."

"We are at a stage where Russia can attack Ukraine at any moment," he said. He added that the United States would continue to "prepare for a different outcome" if Moscow decided to resort to new military aggression in Ukraine.

Meanwhile, the Joe Biden administration has announced that it is preparing $ 200 million in additional military defense assistance to Ukraine.

Ahead of the Ukrainian secretary of state's visit, a bipartisan congressional delegation also visited Kiev to express support for the country amid a confrontation with Russia.

The United States reiterated its unwavering support  for the sovereignty and territorial integrity of Ukraine and called for diplomacy to be given a chance.

This week, Blinken announced a meeting in Geneva with Russian Foreign Minister Sergei Lavrov for further talks in a bid to reduce tensions.

Russia, meanwhile, has continued to increase its military presence around Ukraine by deploying troops in Belarus.

Democrats and Republicans with extremely different political views, who support Ukraine, are among us. "If Vladimir Putin decides to follow that treacherous anti-democratic path of invasion in this country, it will provoke harsh and swift sanctions," she said.

Kevin Kramer, a Republican senator from North Dakota, said: "The United States will not sit idly by, remaining a bystander if something happens. We want to prevent that. "We want to be a deterrent," Kramer said

Measles in developed countries appeared after two rave parties in Spain and Belgium?

The Austrian minister who invited Putin to her wedding left Rosneft