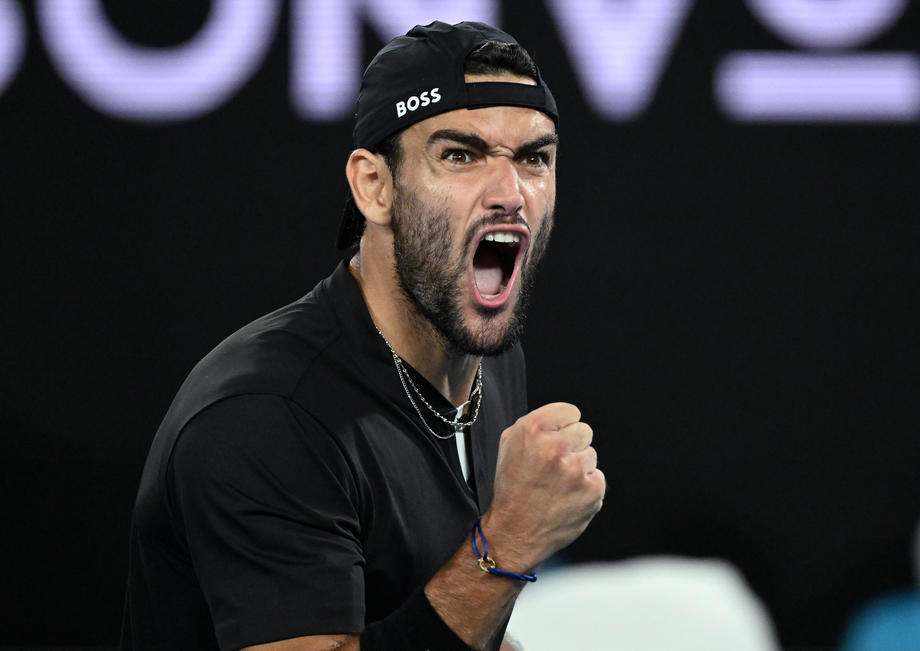 Matteo Berettini will play in the semifinals of the Australian Open for the first time / photo: EPA-EFE / DEAN LEWINS

The Italian tennis player Mateo Beretini secured a place in the semifinals of the Australian Open where he will face Rafael Nadal.

Berettini, like Nadal, had a 2-0 lead in sets, but separated the victory in the fifth set, with 6: 4,6: 4,3: 6,3: 6,6: 2. This will be the first semifinal for Berettini at the Australian Open.
The Italian won the first set in only 37 minutes with 6: 4, while in the second for the same result Berettini and Monfils played 62 minutes.

In the third and fourth sets, Monfils was a better opponent and with 6: 3 won the sets and came to an equalization of 2: 2. In both sets, Monfils took the Italian's serve three times, allowing him only one break point, which he successfully defended.

In the deciding set, Beretino started great, took the first two serves of Monfils and took the lead with 4: 0, after which he routinely brought the match to an end and secured a semifinal match with Rafael Nadal.