Bekteshi "buried" Stojanovski from DPMNE: "When I am not on the podium, you ask if there is any photovoltaic for VMRO" 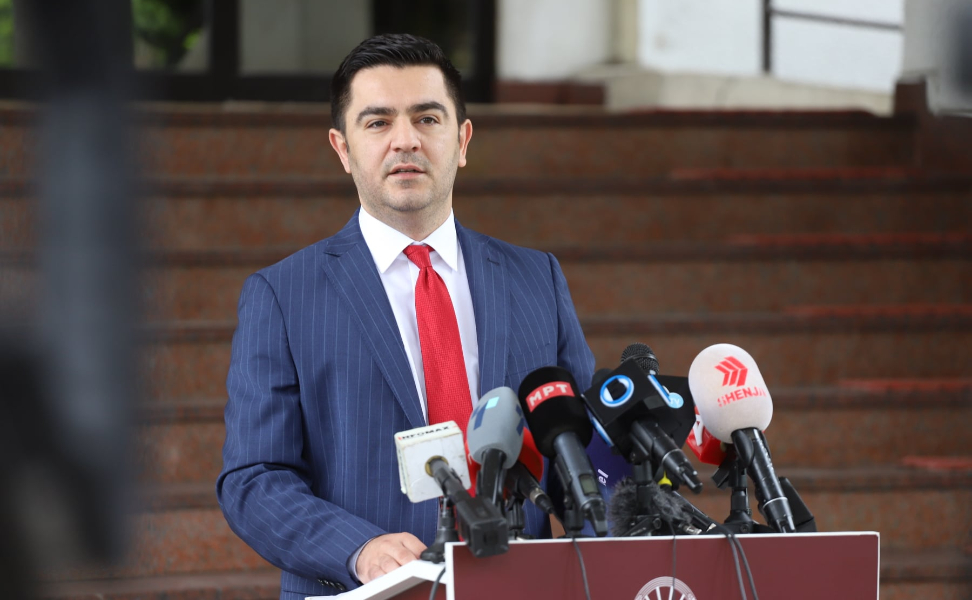 The MP Bojan Stojanovski from VMRO-DPMNE at today's parliamentary session on parliamentary issues by the Prime Minister Dimitar Kovacevski demanded an explanation for the increase in electricity prices.

"Electricity will be more expensive in four blocks, by an average of 7,4 percent. "There is no mention of small consumers, and there will be an enormous increase in prices," said Stojanovski, according to SDK.mk, seeking an explanation for this.

"Public sector employees should have higher salaries, but the dialogue should be conducted on three topics: Providing higher services to workers, citizens who work to provide for them, and us here to receive salaries. Then back to K-15, a payroll methodology, to finally find out why executives of public utilities take mysterious salaries as much as the president of the state, even in those who work at a loss. "A methodology will be established from now on, not to give sleeve salaries."

The Minister of Economy spoke about the increase in the price of electricity Kreshnik Bekteshi and said it will answer in Macedonian, so that there is no problem with the translation. He quoted legal provisions stating that the municipalities are in charge of production and distribution of heat, writes SDK.mk.

"I will return to electricity, because Bojan, when I am not on the podium, you ask me: 'Well, are there any photovoltaic plants for VMRO?'" Bekteshi said, provoking violent reactions from the opposition.

The minister then told Stojanovski that their mayors had caused 30m euros in damage to the country's energy system in the first six months of his rule. The Municipality of Bitola ceded the street lighting to a company from Zabeni, Bekteshi read decisions.

"You know very well that this damage is done on the backs of the citizens. So you go out here and say that the price of electricity is very high. The price of electricity has increased only in the fourth block, for your very close people, who consume 36 megawatts per month. They heat pools, dig cryptocurrencies. You know who he is, J. K., and it is not Jelena Karleuшаa, the one who finances you. And today you are protesting why we are defending the citizens from the first, second and third bloc. To consume 36 megawatts of electricity per month is 86 times more than the average Macedonian family in the country. "That is why he will pay for more expensive electricity, because there is a possibility," Bekteshi said.