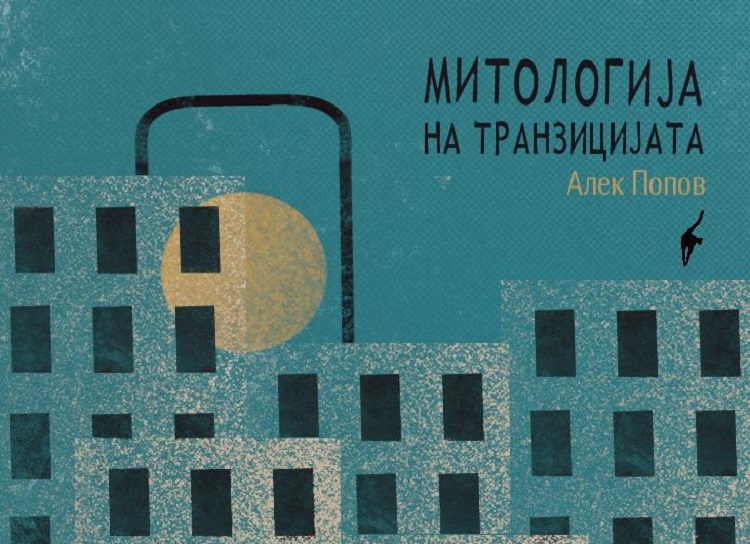 The Behemoth Publishing House promoted the book "Mythology of Transition", a collection of fifteen short stories by Alek Popov, as part of the Art Area Festival on September 18.

The stories are inspired by the material and symbolic reality of the last years of the Eastern Bloc and the transitional stories, lived personally and deeply experienced by the author's generation.

- Giving freedom to his satirical fantasy, Popov makes a very original reconstruction of the myths ingrained in the public consciousness of Bulgaria from the 90s of the last century. The stories are an interweaving of well-chosen, important representations of the everyday life of that time and grotesque-fantastic images that perfectly follow their vagueness.

The artistic version of the transitional epoch we get in this series of short stories sometimes diverges from historical reality, often entering the realm of fiction, but thus magically turns out to be more credible in the depiction of human condition and social life than the gray screen of reality itself. The Behemoth.

Alek Popov (1966) is one of the most important and most famous contemporary Bulgarian writers. He is the author of the novels "Mission London", "The Black Box" (and its second version: "The Black Box: Dogs Flying Low"), "The Palave Sisters in the Storm of History", as well as several collections of short stories.

Popov is known as a master of the combination of the comic and the serious by skillfully situating the life of the Balkan man in his native and non-native environment. As a European author, Popov has been translated into more than 15 languages. The book in Macedonian was published with the support of Creative Europe and the Ministry of Culture of the Republic of Macedonia.