Basha: Berisha crossed the "red line", tried to lead the Democrats to bloodshed 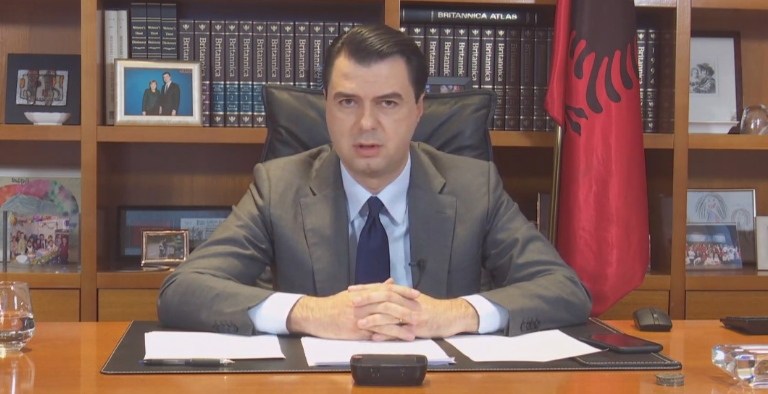 "Berisha's proclamation as 'non grata' was initially a 'shock' to us, but now day by day we see him manipulating, lying, crossing the red line recommended on January 8, trying to lead the Democrats to bloodshed," he said. the leader of the Albanian opposition Democratic Party, Lulzim Basha in front of supporters in Durres.

He also accused the historical leader Berisha, calling him and his supporters a minority, which fights for his personal interests.

- They are a minority because they are not united by any other trouble, no other cause, but only the suffering of a man who promised not to take the party hostage to his personal interests, but does the opposite. The Democrats in Durres, as everywhere, have chosen the future, they have chosen the hope because only then can we serve Albania and the Albanians, ending the transition, endemic corruption and divisions that aim to keep this country hostage to a small a handful of people, Basha said.

He pointed out that the Democratic Party is strong and determined to open a new chapter in political representation and culture and in alliance with the citizens will bring a better future for all.

Democrats are experiencing the party's deepest crisis since Basha ousted Berisha from the caucus in September at the request of the US ambassador. This was followed by the expulsion of Berisha and his supporters from all party structures, including six lawmakers, on the grounds that "there is no place for people who threaten Albania's pro-Western orientation" and that Berisha ousted Basha in a referendum.

On January XNUMX, Berisha's supporters, led by him, tried to seize the party headquarters by force, causing extensive property damage and forcing police to intervene with tear gas and water cannons.

Berisha declared his wife, son and daughter undesirable in the United States in May this year for his involvement in corruption.