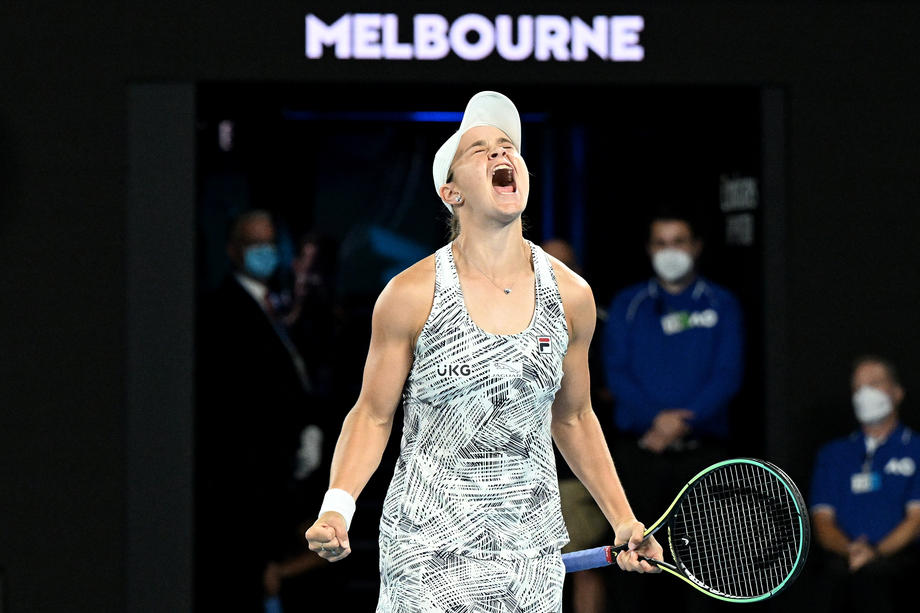 Australian tennis player Ashley Barty defeated Daniel Collins from the USA in two sets with 6: 3,7, 6: 1 in the final of the Australian Open, although she lost with 5: XNUMX in the second set.

Winning her third Grand Slam title of her career, and first at the Australian Open, ended the 44-year post of Australian tennis player in Melbourne. The last champion in Melbourne was Christine O'Neill in 1978.

The best tennis player in the world kept the maximum effect in the finals of the Grand Slam tournaments, has three victories in three appearances (Roland Garros 2019, Wimbledon 2021 and the Australian Open 2022) and is still missing a title from the US Open to complete the Grand Slam.

On the other hand, for the American Collins, this was the first Grand Slam final in her career.
Barty came to the title in a dominant way, losing only 30 games in seven matches, nine of which he lost in the final.
In the first set, Barty first managed to save a break ball and then took away Collins's serve for a 4: 2 lead and with a reliable service took the lead with 1: 0 in sets.

In the second set, Collins played great, won all the important points and took the lead with 1: 5, and when the fans at the Rod Laver Arena thought that a decisive third set would be played, Barty woke up.
With two breaks he managed to equalize at 5: 5 and then in the tie-break with a dominant game to triumph and win the title.