Barcelona is desperate, to register the new signings they have to sell the TV rights again 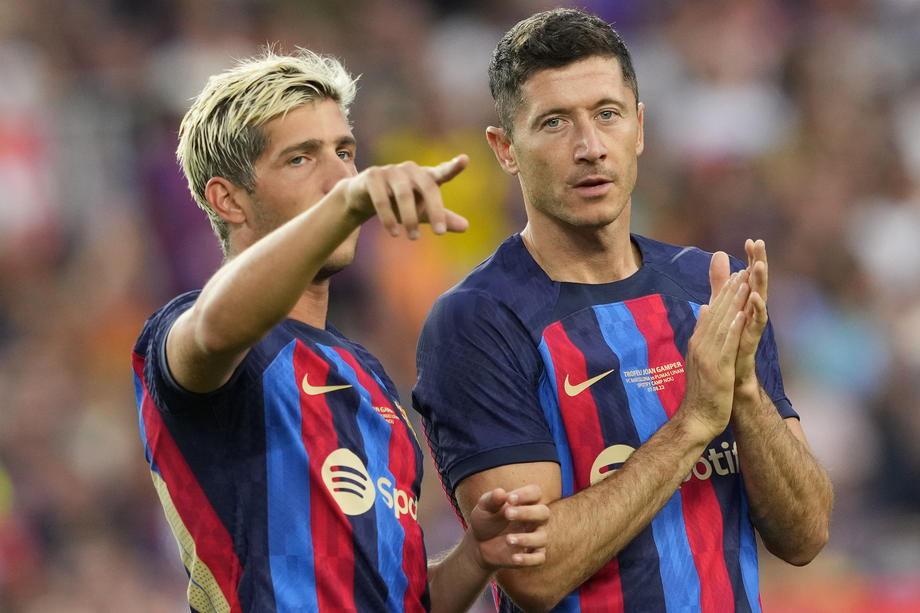 Barcelona president Joan Laporta's ambitious plan to spend 153 million euros could be put on hold as he is now unable to register signings for the first round of La Liga and will once again have to give up something that should brings them income in the future – the TV rights.

The newspaper "Mundo Deportivo" writes that despite the refusal of La Liga to register the reinforcements of Barcelona, ​​Andreas Christensen, Frank Kesi, Rafinha, Gilles Kunde and Robert Lewandowski, the president Laporta hopes to be able to find Friday at 23.59 way for them to play in the first round of La Liga against Rayo Vallecano.

Laporta's solution is to once again sell a percentage of Barcelona's TV rights for La Liga matches because expenses are several hundred million euros higher than income.

Laporta has so far sold two parts of the TV rights for Barcelona's La Liga matches over the next 25 years to investment fund Six Street. First, 25 percent of the TV rights were sold, then an additional 25 percent, as well as the sale of part of the shares of "Barca Studios", the club's production company, from which about 500 million euros were collected.

Now Laporta is ready to sell another 24,5 percent of the shares of "Barca Studios" for an additional 100 million euros, but the question is whether that will be enough to register the new reinforcements because the "minus" of Barcelona is about 200 million euros .

Mundo Deportivo reports that Laporta will try to convince Frankie de Jong, Memphis Depay and Pierre-Emerick Aubameyang to agree to be sold, while also asking captains Gerard Pique and Sergio Busquets to agree to a new cut. on wages.