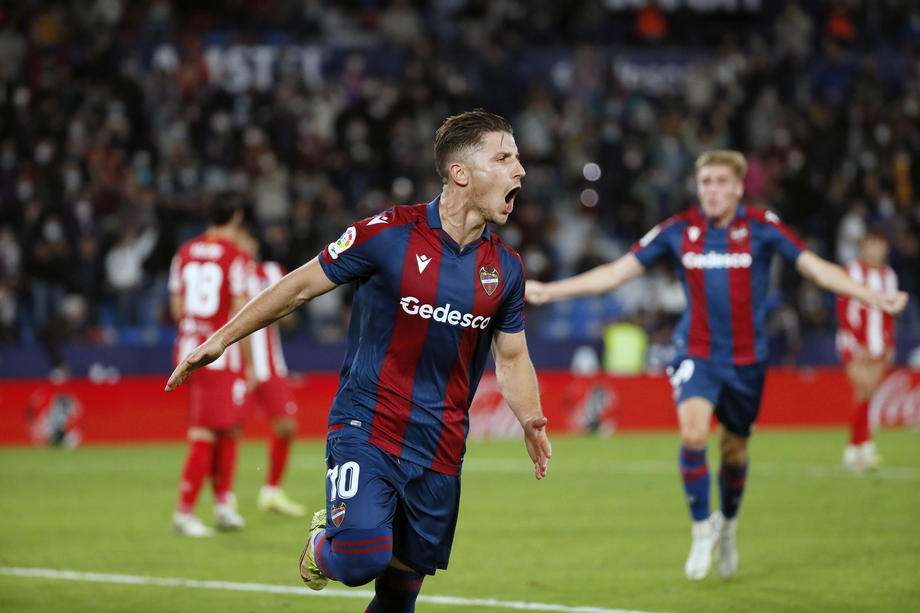 Macedonian national football team member Enis Bardi asked the leaders of Levante to put him on the transfer list, which increases the chances of his transfer to the Italian giant Milan, and the Spanish Real Sociedad and Betis are also in the game.

Bardi had a meeting with the president of the Spanish team, Kiko Catalan, on Wednesday and allegedly asked him to be sold by the end of the winter transfer window, the Spanish "Superdeporte" reported.

This news about Bardi comes just one day after it was announced that Milan is preparing an offer for the Macedonian national team player.

Milan showed interest in Bardi last summer, the Italian media mentioned a sum of nine million euros that the "Rossoneri" were ready to pay as compensation, but in the end the Macedonian national team player remained at Levante.

This season, Levante is playing badly in La Liga, is currently at the bottom of the table with 11 points from 20 games and has only one victory.

Spanish media write that Bardi is disappointed with the team's games and because of that, at the meeting with President Catalan, he asked to be put on the transfer list and to be sold in January. Bardy insisted on leaving now and allegedly told the president that he did not intend to extend his contract, which expires in the summer.

Levante can agree to the sale of the Macedonian national team player because he has to cover the debts of 15 million euros and at the moment Bardi is one of the most valuable football players in the team.

Italian giant Milan is the most resonant name associated with a possible transfer of Bardi.

The management of Milan can not find a common language with Frank Casey to extend the contract and the search for a possible replacement has already begun. The choice fell on Bardi and Milan has already prepared five million euros for a transfer in the winter transfer window.

Apart from Milan, the Spanish Real Sociedad and Betis are also showing serious interest in Bardi.

Bardi came to Levante for only 1,5 million euros from Hungarian Ujpest in 2017 and his contract expires in the summer, but there is an option for a one-year extension.

In the five years at Levante, Bardi played 131 matches in La Liga and scored 23 years, while for the Macedonian national team he has 41 appearances in which he scored nine goals, and last summer he played at the European Championship.