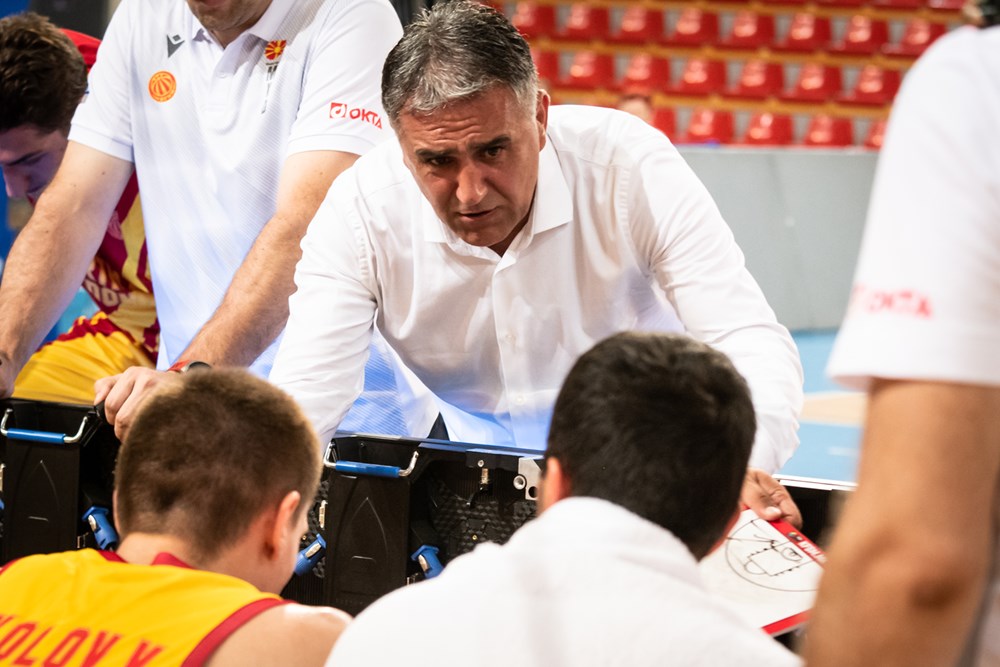 The basketball national team of Macedonia with six defeats in six games finished the performances in the qualifiers for the World Cup 2023, which will be played in Japan, Indonesia and the Philippines.

The last defeat was experienced in SC "Boris Trajkovski" from Ukraine (68:73), and the head coach Dragan Bajic believes that the national team would be 30% stronger with a naturalized American playmaker.

- I am proud of these guys that I trained, and the obvious problem is that these basketball players have more playing time in the national team than in their clubs. It is not good for the national team. When I came, I was not familiar with the situation in the Macedonian national team, as I said, a serious problem is when the players play more in the national team than in their teams. Perhaps he should have embarked on a rejuvenation process earlier. We also did a great job last summer when, without eight or nine players, we showed character and quality and made it to these main qualifiers. We lack an American playmaker, with whom we would be 30 percent stronger. This is a long-term process, which will be painful, because the crisis itself is long-term. For too long the average of the national team has been over 30 years, in my opinion there has to be a rejuvenation at some point even if it means sacrificing the result. The situation is like that, at every new meeting we have to take out another young player - said the selector Bajic.

With the end of the qualifiers in which six defeats were recorded against Spain, Georgia and Ukraine, Bajic announced that he will sit down for talks with the leaders of the Basketball Federation of Macedonia (KFSM), after which it will be known whether he will remain in the selection chair.

– The contract I have as a coach was tied to the results of these qualifications. I got to sit at the table with the leaders of the Federation, about whom I can only say the best things. I feel so comfortable here every time I come, I also had serious health problems and back surgery. I'm risking my health, I want to remain a coach because I can't tell them that I won't be a coach anymore. The leaders of the federation will still have the last word. If someone thinks that I am the main problem, that basketball will flourish, we will solve it immediately - says Bajic.

The basketball players were the closest to victory in the qualifiers today.

– Congratulations to the Ukrainians for the victory. We didn't win, but I hope the people who came are satisfied with the character shown. As for the match itself, it is clear that it was decided in the first quarter in which Ukraine played flawlessly in terms of shooting. We weren't focused enough defensively to stop them. We were handicapped in the center positions, so we had to improvise in the fight under the hoops. At halftime I suggested to the players that we must die on the field, show character, because the match is not over. You see, we managed to come back, but at certain moments we may have had a drop in concentration and that contributed to us not triumphing tonight. The sadness remains that we were not complete in any match of these qualifications, so we could not feel the true strength of this national team - added Bajic.

Harden boasted that he lost 45 pounds this summer

VIDEO: He played for Argentina together with Messi, and now he became a basketball player