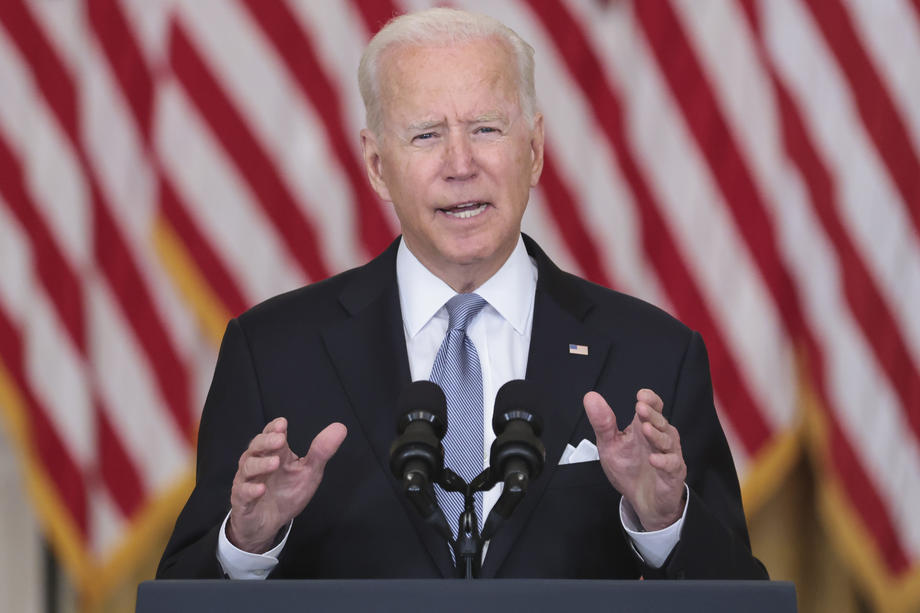 US President Joseph Biden said today that he clearly told Russian President Vladimir Putin that any movement of Russian military forces in Ukraine would be considered an invasion. Biden told a news conference that Russia would pay a high price in the event of a Russian invasion of Ukraine and that the United States had prepared a package of sanctions that would be imposed if that happened.

"If any Russian military units move across the Ukrainian border, it will be an invasion," Biden said, adding that he was "absolutely clear" with his Russian counterpart Vladimir Putin.

- It will be greeted with a strict and coordinated economic response, which I discussed in detail with our allies, as well as very clearly set out to President Putin.

"Russia will pay a high price," he told a news conference.

Russian officials said earlier today that President Biden's warning of possible devastating consequences if Russia headed for Ukraine would not help ease tensions but could further destabilize the situation.

Putin did not achieve much, he needs a victory in Donbas

Foreign Affairs: The Balkan region again between the hammer and the anvil

Tedros: The Covid-19 pandemic is not over

Their deadline has passed, Belgium will throw over a million vaccines, some sent to Ukraine

The ball is in Ukraine's court, Russia wants to resume peace talks